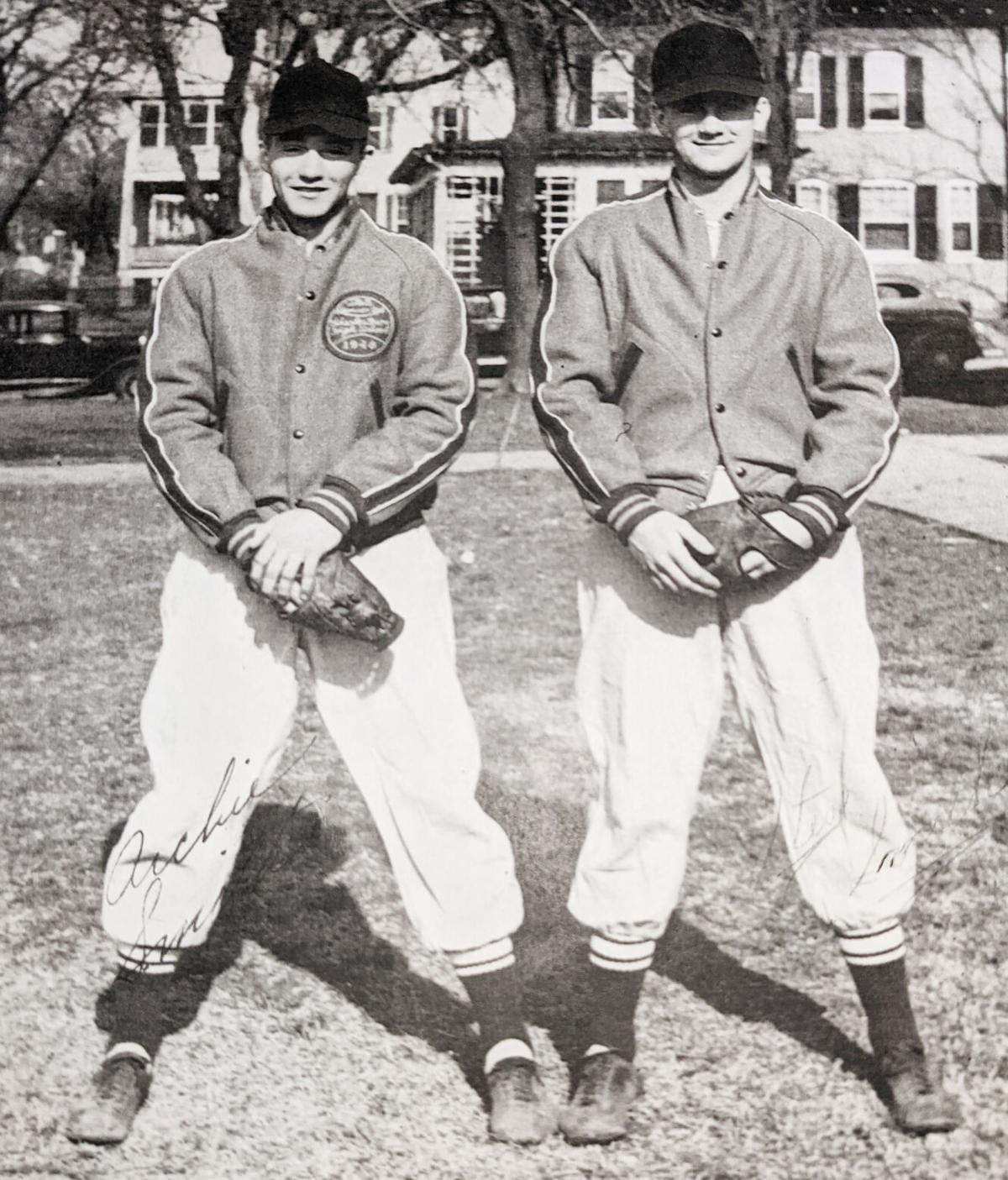 Archie Smith, left, is seen with a teammate from his days as a student athlete at Charles Town High School. 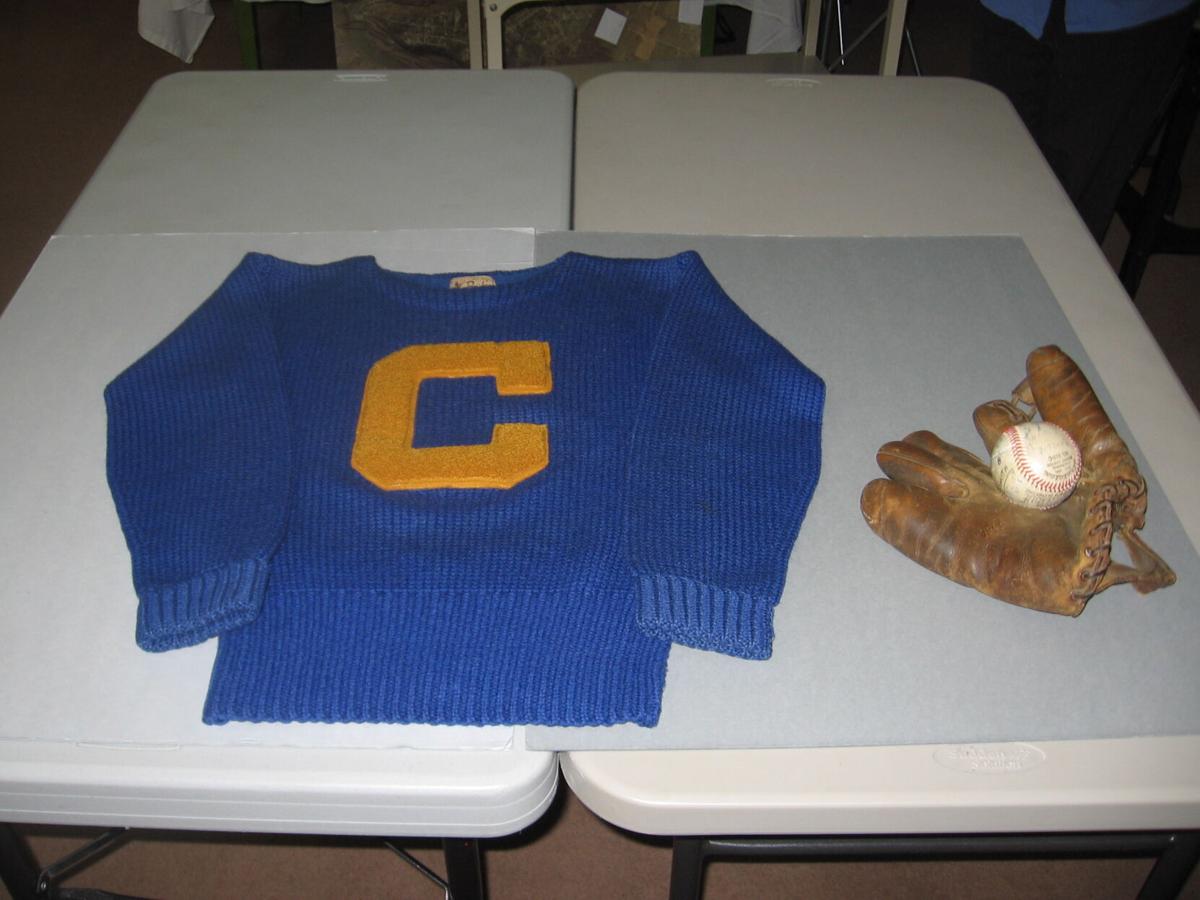 Articles of clothing and equipment donated to the Jefferson County Museum by Smith are seen.

Archie Smith, left, is seen with a teammate from his days as a student athlete at Charles Town High School.

Articles of clothing and equipment donated to the Jefferson County Museum by Smith are seen.

Archie Smith was going through some of his old clothes recently and came upon some previous memories. The 91-year-old Charles Town resident found his old jacket and glove, the things he wore during his high school baseball playing days at Charles Town High School in the mid to late-1940s. This discovery took him back to a time and place where life was simple and playing baseball was the thing to do.

In his golden years, Smith knew that, sometimes, these bits and pieces of local history tend to get tucked away deep in a drawer or old cedar chest. Sometimes, these items are never seen or heard from again.

It’s the second time Smith has made such a donation to the museum. In 2010, he donated his old sweater, which has a varsity letter he earned sewn into it, and a baseball, autographed his teammates from the 1948 Charles Town High School squad.

“After all these years, I wanted to give them to someone, somewhere, so people can look at and enjoy them,” Smith said. “This town has a great baseball tradition.”

Smith’s decision to donate this memorabilia to the museum has been a welcome addition to the many items already donated. Tucked away in the basement of the Jefferson County Public Library, the museum, director Jane Rissler and her museum staff take great pains to ensure donated items are given their proper respect and treatment in preparation for display.

Rissler said she agrees that, sometimes, items such as what Smith has donated tend to find there way to obscurity.

“Sometimes, they’re left to family members and are never seen again,” she said. “I think it’s wonderful that Archie donated these baseball items to the museum, where future generations will be able to come see them.”

Rissler said Smith is proud of the 12 varsity letters he earned in high school, but, to be sure, baseball was his first love. He recalls the many games he played on the old downfield field at the high school.

“It was mostly sandlot ball, nothing spectacular,” Smith said. “We played on the field behind the old high school.”

Later, Smith and his teammates played baseball on a downfield public field (American Legion Field). “We just liked the game,” he said. “We had such great teams, such a great bunch of guys to play with.”

For the most part, the Charles Town team stuck with a mainly-local slate of games. The Purple Panthers did stray out in the Eastern Panhandle a little bit, but this was back in the days where there were no super highways, mostly two-laned roads, which made travel to distant locations time-consuming. There were enough localized teams where Charles Town didn’t have to travel far.

“Yes, we mostly stayed local,” Smith said. “We just liked the game so much.”

He does recall in 1948, Charles Town did qualify for the state tournament, which was played in Charleston, where the state high school baseball finals are still held to this day. According to old newspaper accounts, the Panthers were considered the upstart team in the state tourney, going up against the likes of Clarksburg’s Roosevelt-Wilson High School and Huntington.

Smith pitched and played left field for Charles Town. In a sectional championship game against Martinsburg, he helped lead the Panthers to an 8-0 win over the Bulldogs, hurling a three-hitter with seven strikeouts.

Smith said the best part of playing the game was just being around his teammates and friends. “We were a pretty close group,” he said. “They were a lot of fun to be around.”

After high school, Smith went into the military service, serving a tour of duty in Korea. When he returned home, Smith began his business career, working for Supertane Gas in Charles Town, where he worked for 20 years and nine days.

Smith follows the sports somewhat on television and reading the newspaper. He’s been to a few Jefferson High School baseball games, but doesn’t follow them on a regular basis.

“I sort of just piddle around the house a little bit,” Smith, the father of three daughters, said. “I do a little bit of gardening. There’s not much you can do at my age now.”

While Smith may not be the sports fanatic he was when he was younger, he still thought enough of the town’s baseball history to give some of his memories to a place where they can be enjoyed for many years to come.