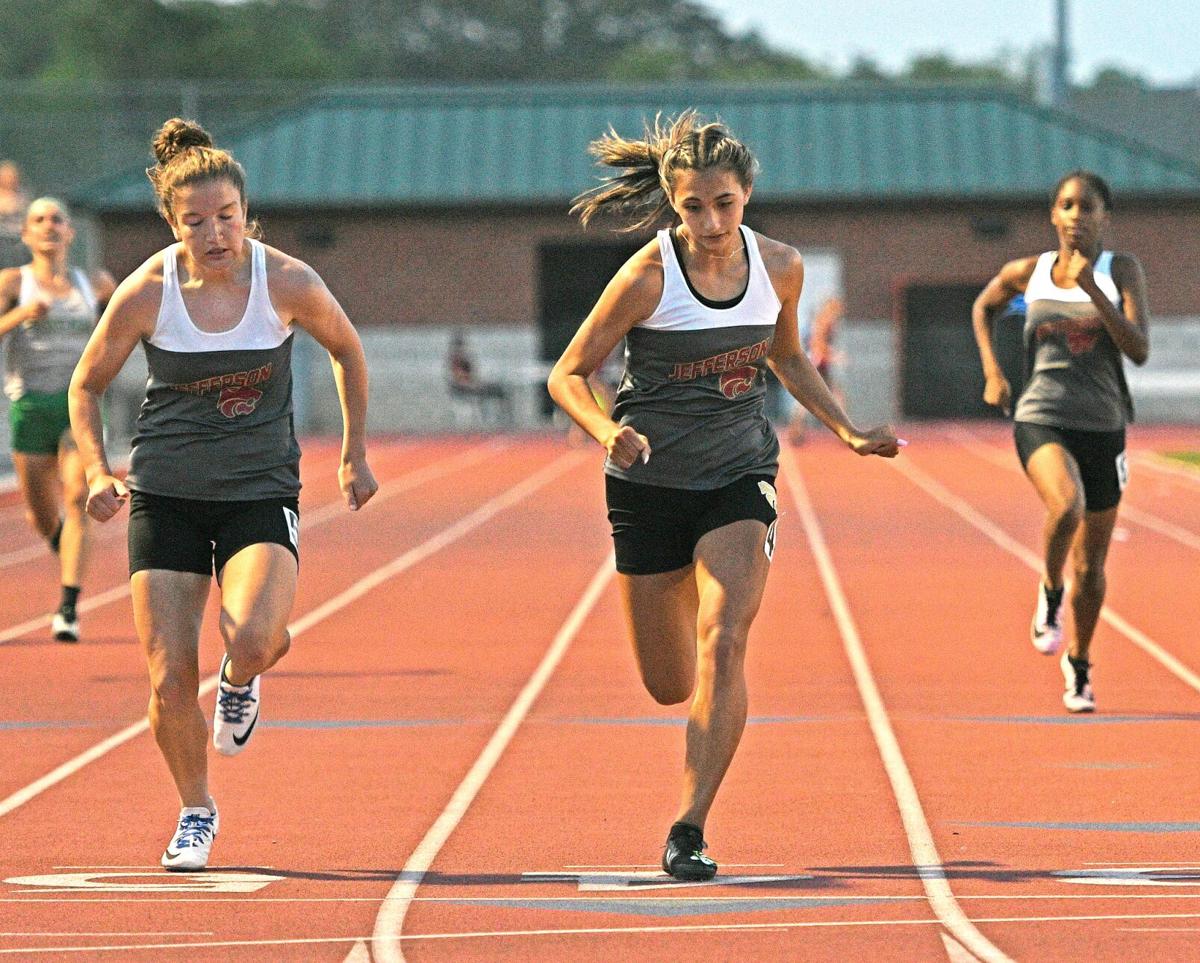 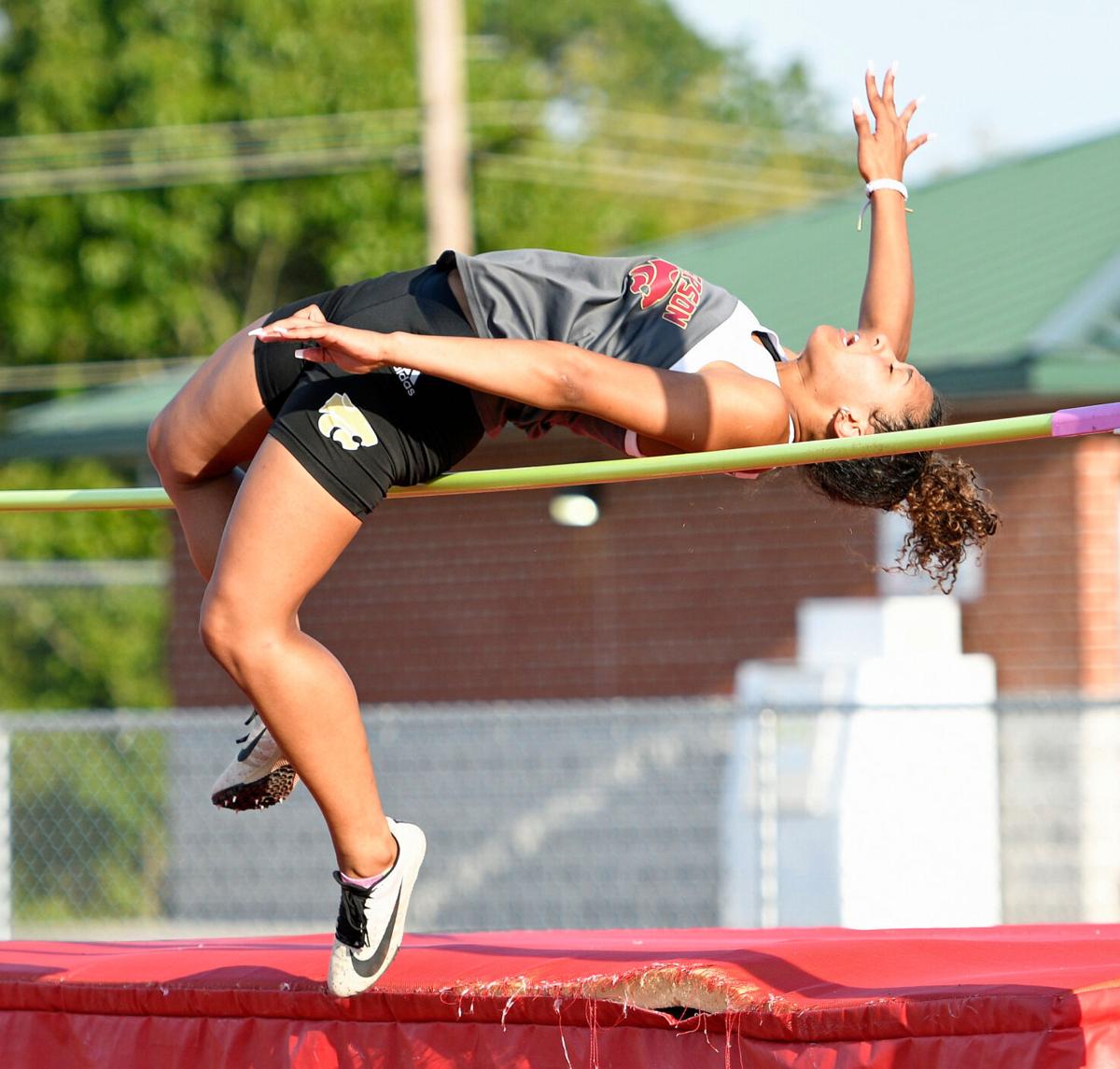 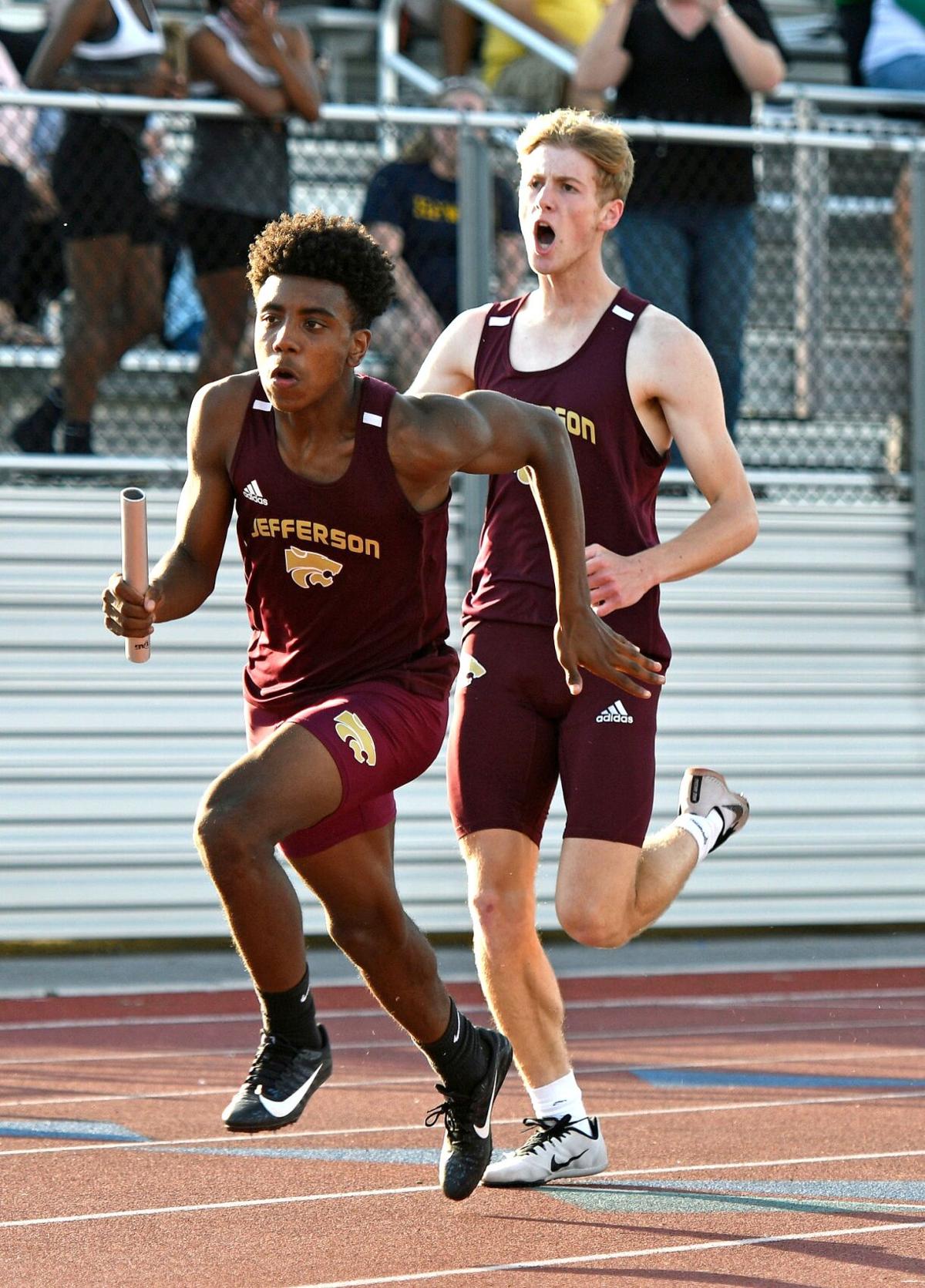 Jefferson’s Justin deMoulin hands off to Keyshawn Robinson in the 4x200 relay in which Jefferson took first place.

Jefferson’s Justin deMoulin hands off to Keyshawn Robinson in the 4x200 relay in which Jefferson took first place.

The keys to success for the Cougar boys and girls weren’t complicated – just score as much as you can and as often as you can. It’s the typical strategy used by many schools at large-event meets, where winning events keep a team in contention, while scoring points at the second, third and fourth spots usually solidifies and clinches overall team titles.

In Jefferson’s case, the Cougar boys won eight of 18 events, were second in five and third in another five. When the meet was over, Jefferson had scored in all but one event.

For Jefferson’s girls, they won seven out of 18 events and were second in five others. The Cougars looked their strongest when it came to third-place finishes, taking eight third-place spots in events.

Like the Jefferson boys, the Cougar girls scored in all but one event.

Leading the way for the Cougar boys were Isaiah Fritts, Justin Gottlieb and Kyle de Nobel. All three athletes were double-winners.

Arayia Maiben rounded out the Jefferson girls winners, also being a member of the winning 4x200 relay team.

Washington’s Emily Pizzuti won the 100 hurdles (15.28). The Patriot girls were fourth in the team standings (55). Musselman was fifth (45) and Martinsburg finished sixth (41).

Jefferson will close out its regular season with a dual meet at Washington on Wednesday.