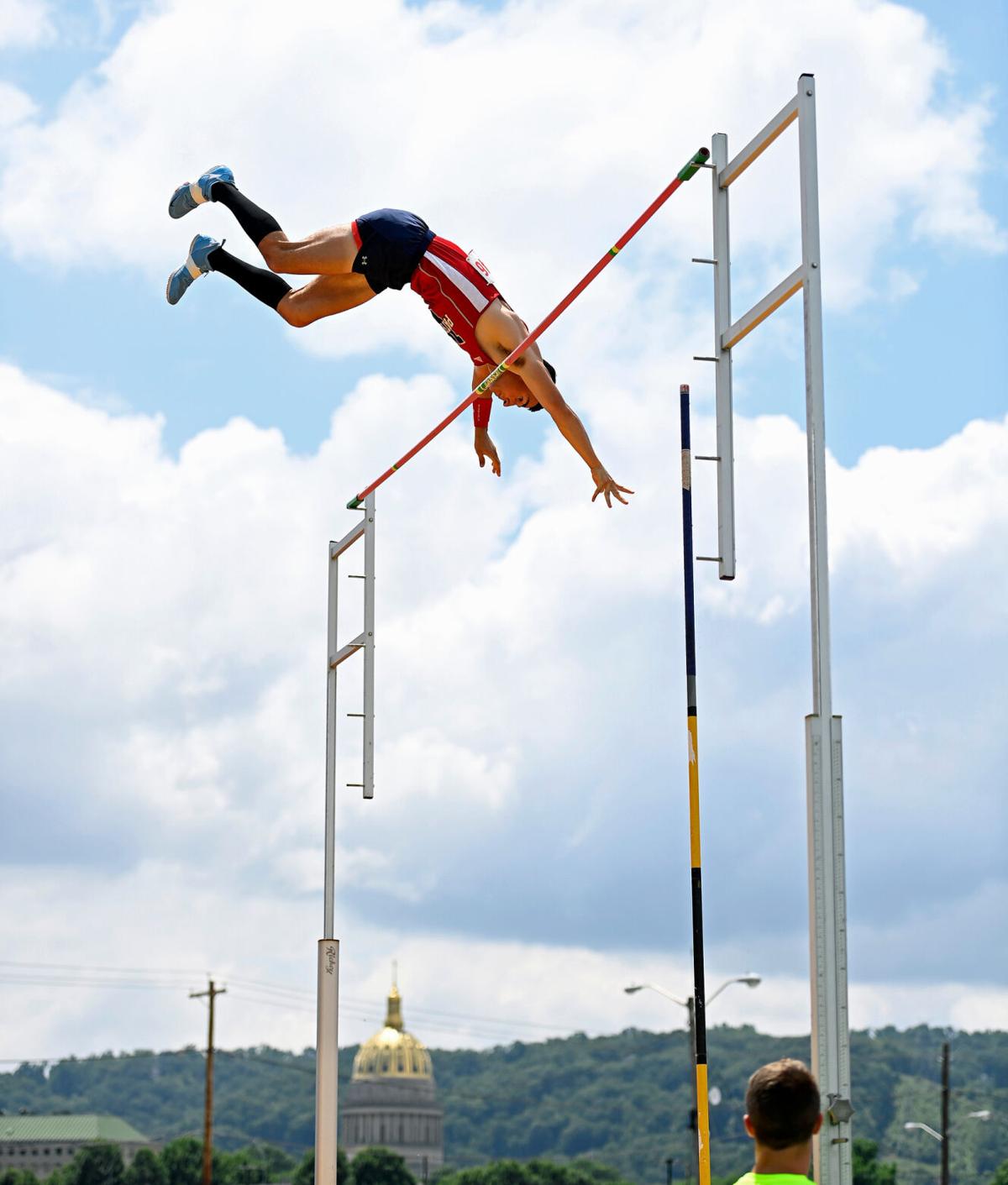 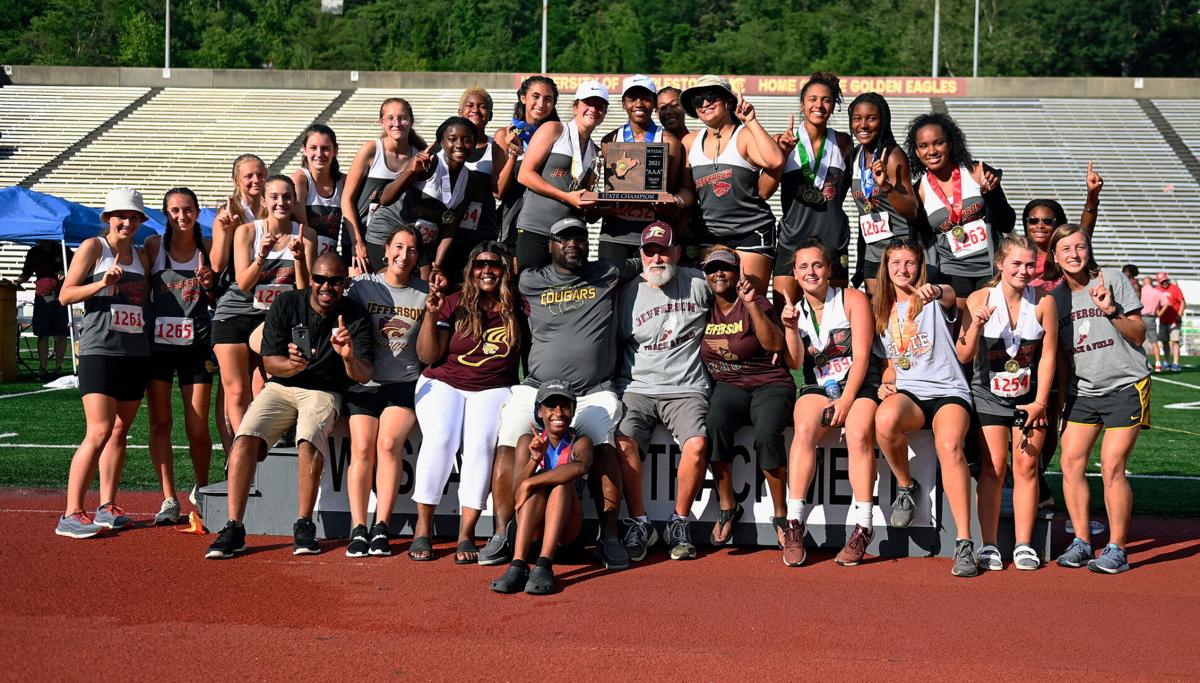 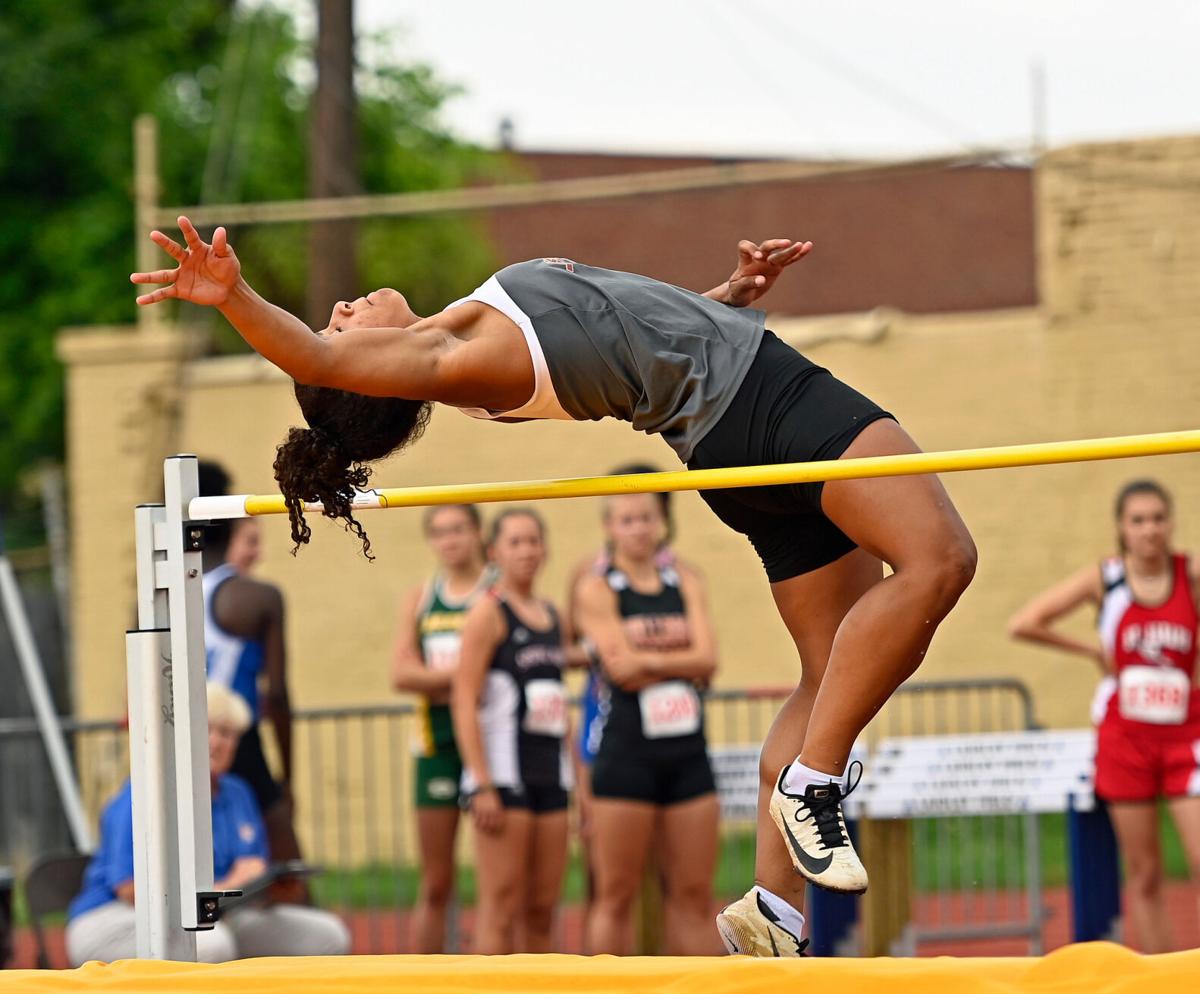 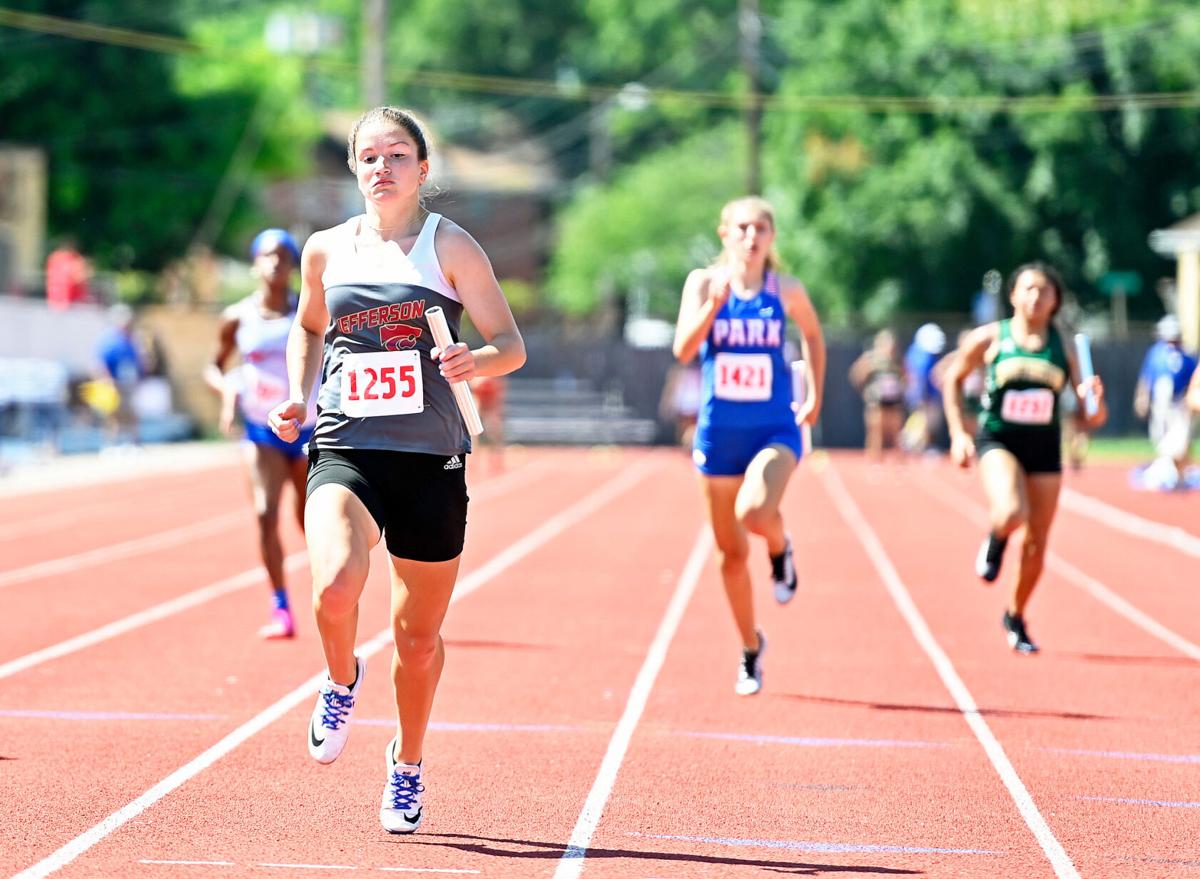 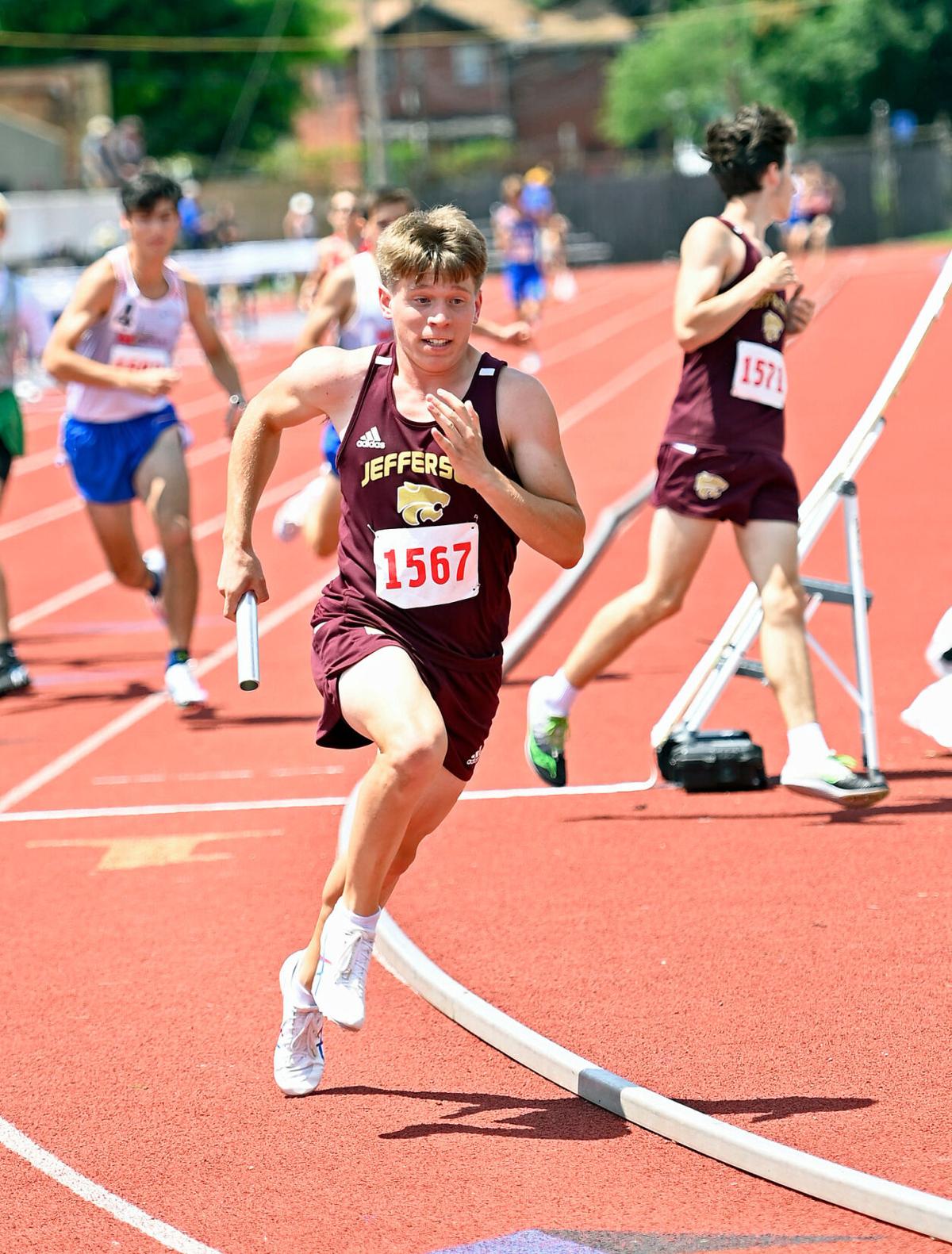 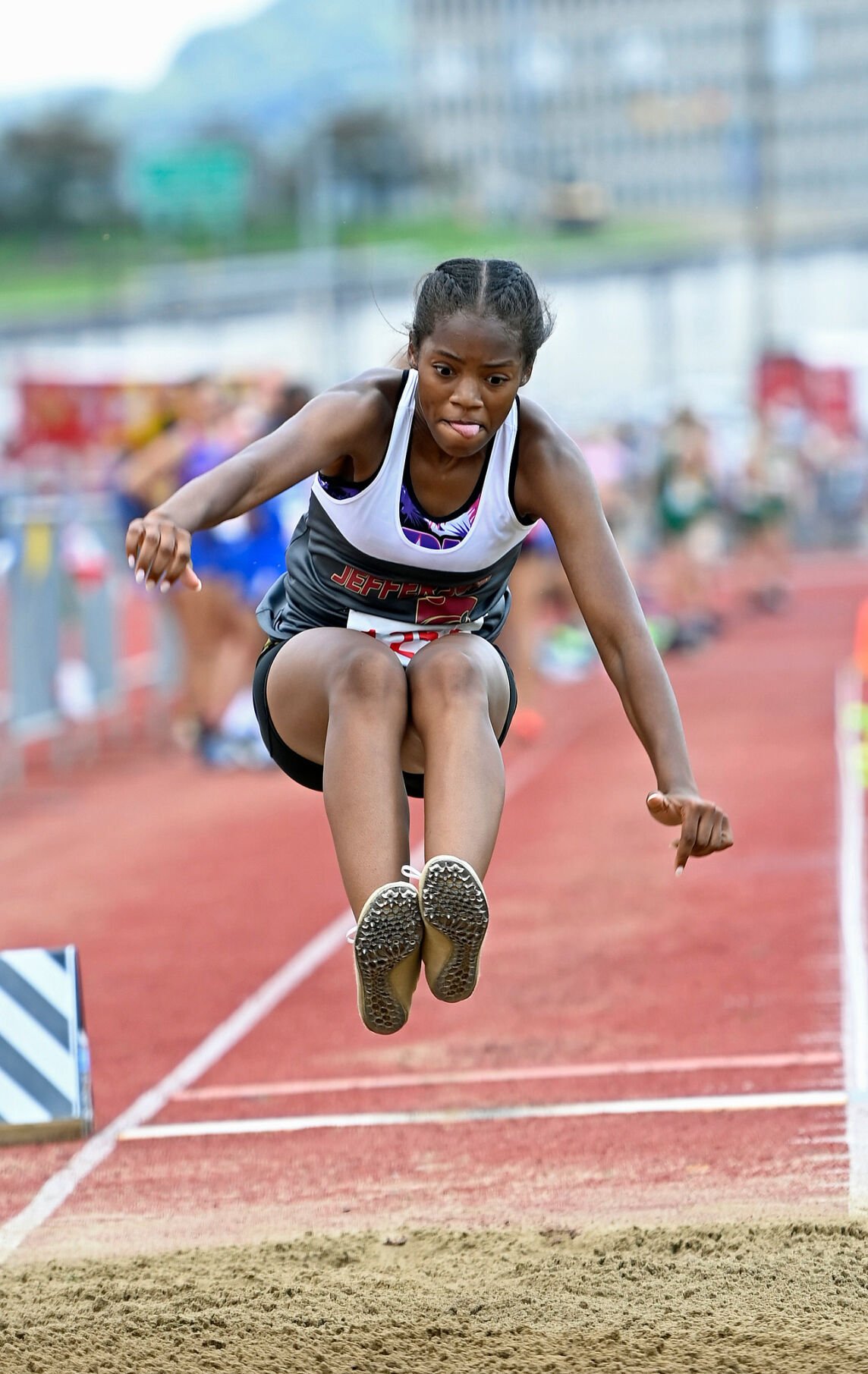 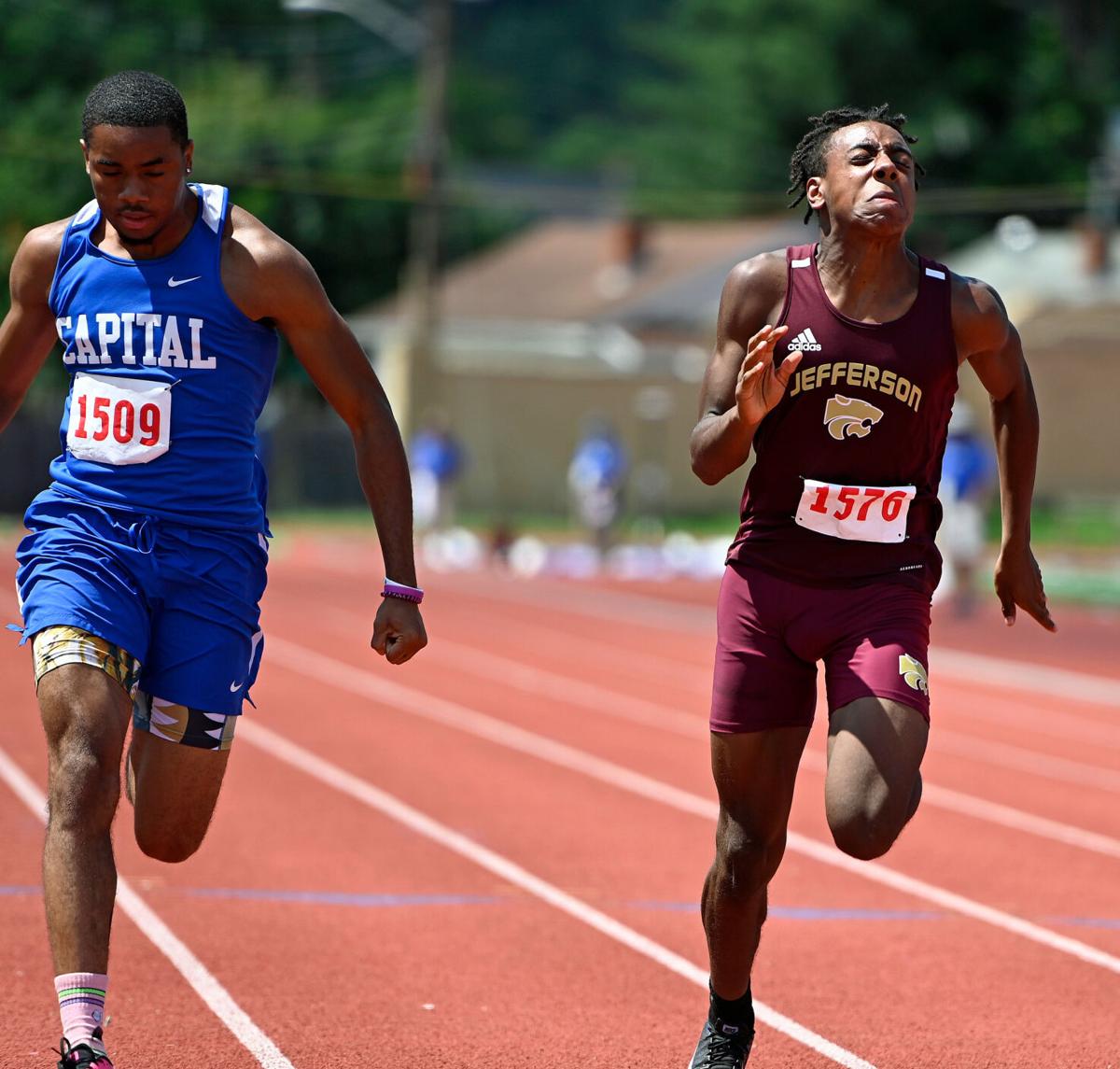 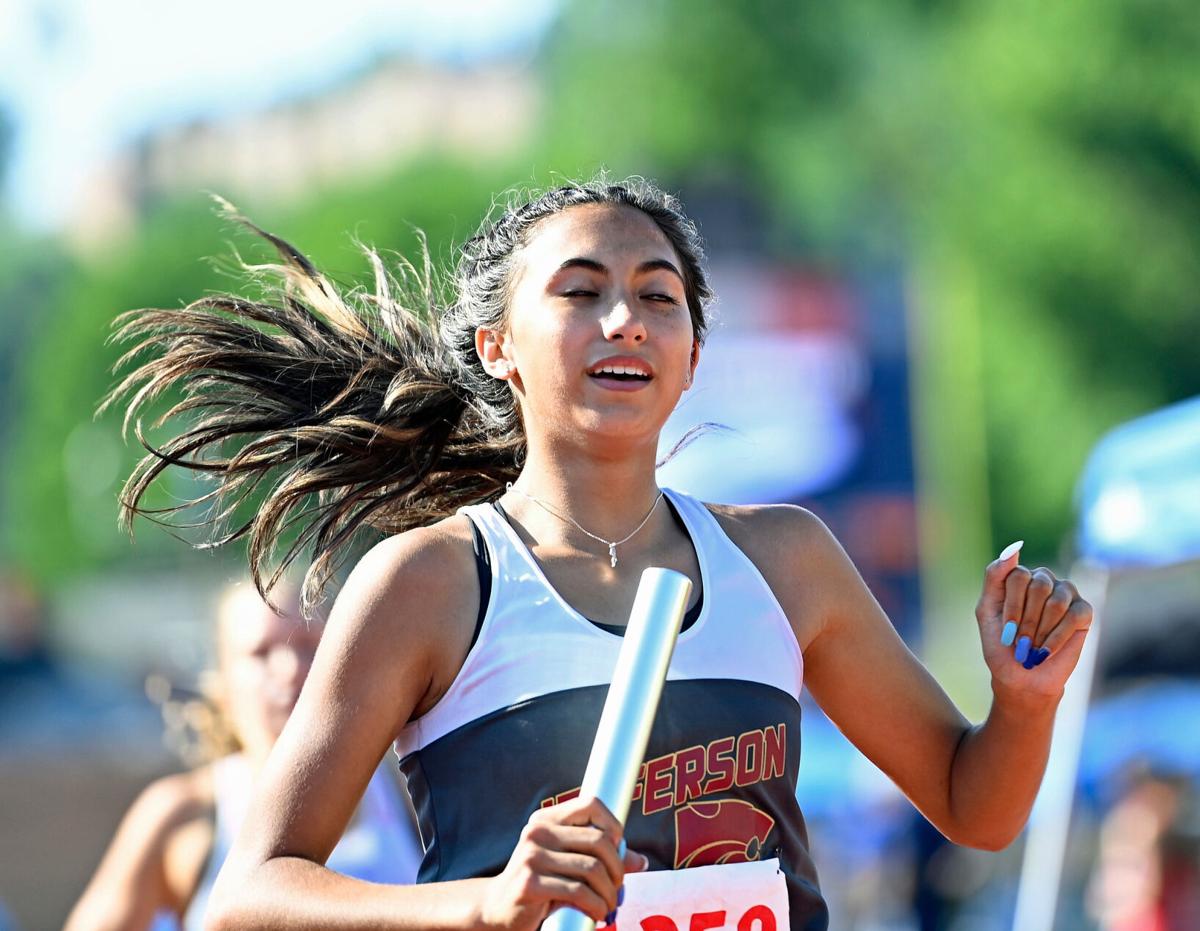 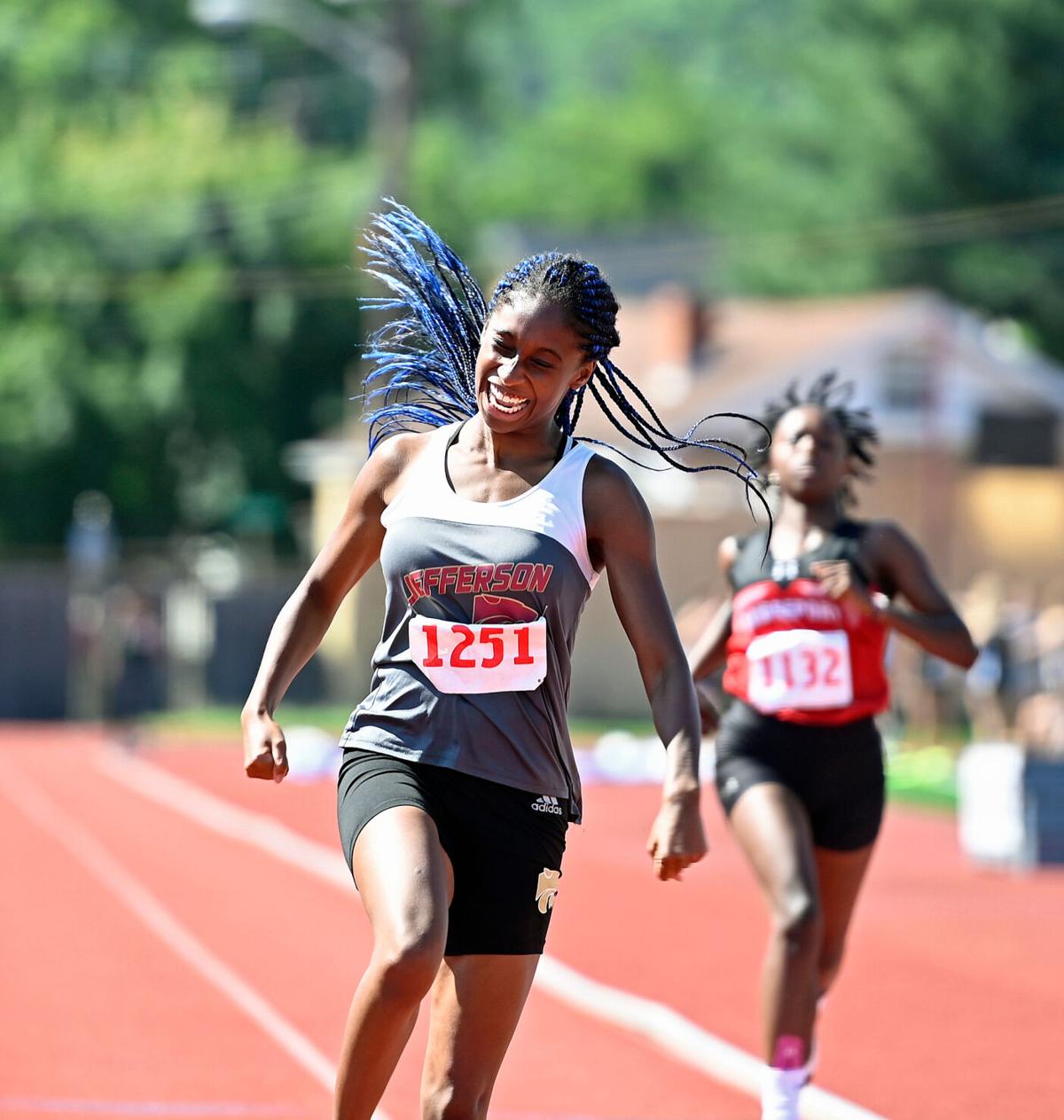 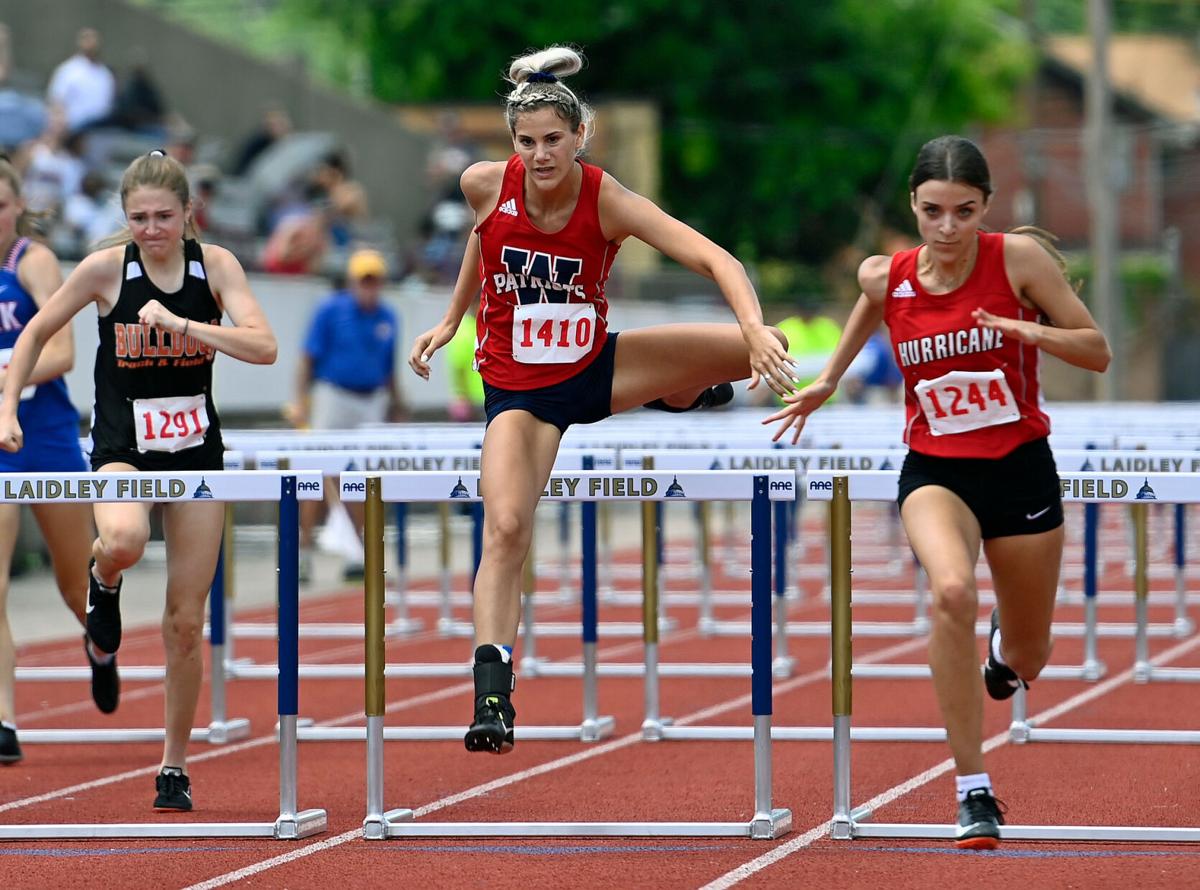 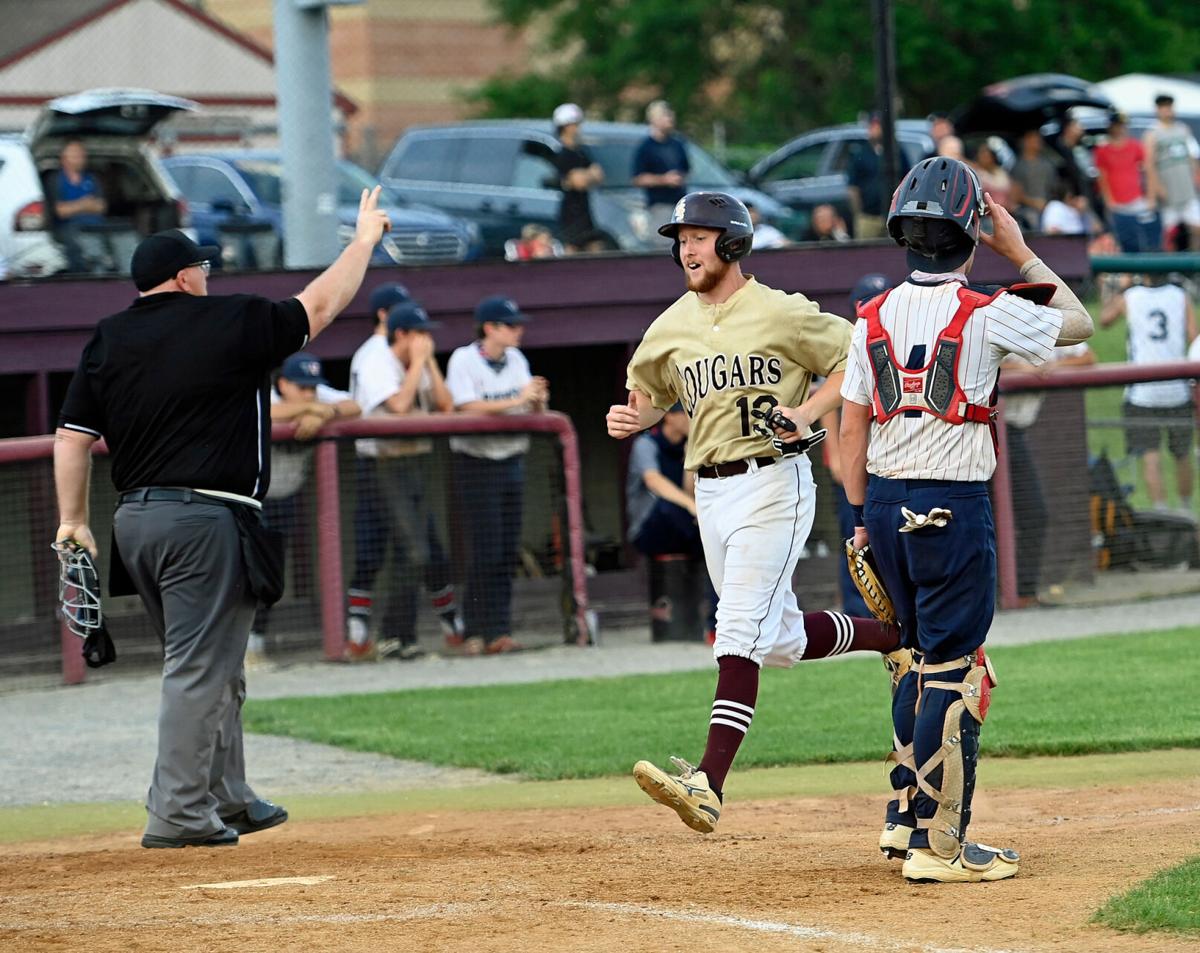 When speed — and points — counted, as the WVSSAC track and field championships wound down at Charleston’s Laidley Field on Saturday, Jefferson’s girls track and field team delivered down the stretch with crucial scoring.

Trailing Morgantown, 71-55, with three races to go, the Cougars took the second, third and fourth spots in the 200. Add to that, a third-place finish in the shuttle hurdles relay, a second-place finish in the 4x400 relay, and Jefferson all but sealed up the Class AAA state championship.

The Cougars defeated the Mohigans, 87-77, with Wheeling Park finishing third (74) and Hurricane in fourth (35).

Washington’s Frankie Amore lived up to his billing as the prohibitive favorite in the boys AAA pole vault, wrapping up a stellar career with a championship vault of 16-0.

Jefferson’s girls were already looking good, on paper, as a favorite in the meet, but Morgantown was challenging the Cougars the entire meet. Heading into the 200, Jefferson would need a strong effort to overtake the Mohigans.

That’s where the trio of Lorelei Bangit, Trinity Blue and Hailey Dillow came into play for the Cougars.

T’Asya Jay, Kaitlyn Cullen, Briauna Goins and Hope Gestl got third in the shuttle hurdles relay (1:08.41) for the Cougars, good enough for another six points to the team total. By then, Jefferson had an eight-point lead over Morgantown.

The Mohigans weren’t going to be able to catch Jefferson at this point.

In the girls’ 4x200 relay, it all came down to Dillow’s speed versus the speed of Hurricane’s Abby Fowler in the anchor leg of the race. After taking the exchange from teammate Carr, Dillow put a little extra kick into her speed in the anchor leg.

She would need it as Fowler challenged her down the stretch.

Hurricane finished less than a second behind Jefferson (1:45.32).

The Cougars caught a break earlier in the meet when Morgantown was disqualified in the 4x200 relay for an exchange-zone violation, meaning the Mohigans did not score in that event.

Jefferson’s win in the 4x100 relay was special.  It was a delayed third straight state championship.

The Cougars had won the event at the last two state meets, but the COVID-19 pandemic denied them the chance for a third straight state crown.

Dillow, a part of both of those teams, was called on once again to lead the way in the anchor leg. After taking the handoff from Bangit, Dillow did what she does best — once again pulling away from Hurricane’s Fowler to cross the finish line for the state title.

Washington’s girls, thanks to a second-place finish by Emily Pizutti in the 100 hurdles, finished 18th with eight points.

Amore had his way with the pole vault for Washington’s boys, passing on all heights until the bar reached 14-4, where he cleared it with ease. He would go on to clear 14-6, 15-0 and 16-0 on first attempts.

By then, Wheeling Park’s Christian Sorge was already out of the pole vault, his last cleared height being 15-0.

Amore, headed to Ole Miss this fall, tried to surpass his own school record (16-6), setting the bar at 16-7, but missed. Amore took two cracks at 17-1 ½, but missed and decided it was time to call it a high school career with the state crown.

—David Pennock contributed to this story.