You have permission to edit this article.
Edit
News
Opinion
Sports
Obituaries
Legals
Subscribe
1 of 4 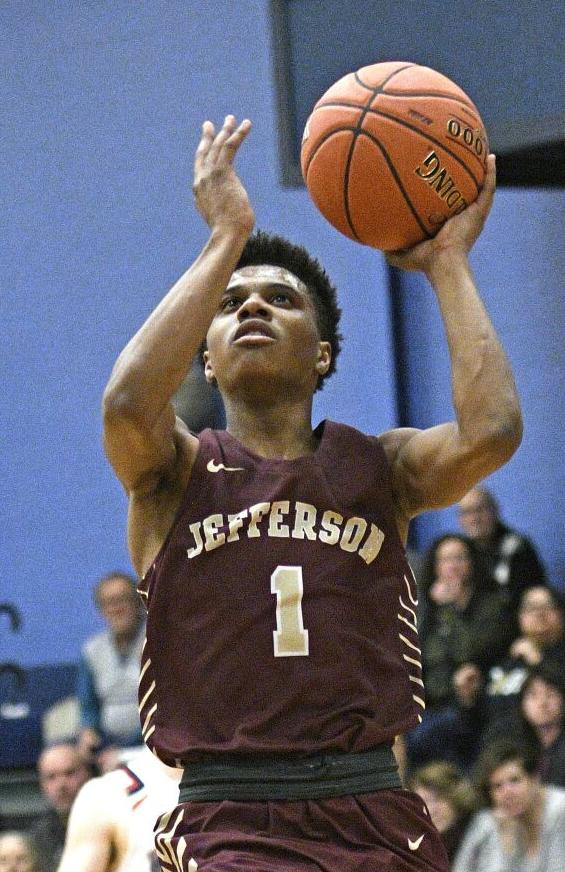 Jefferson’s Daion Taylor gets airborne while driving for the basket against Washington. 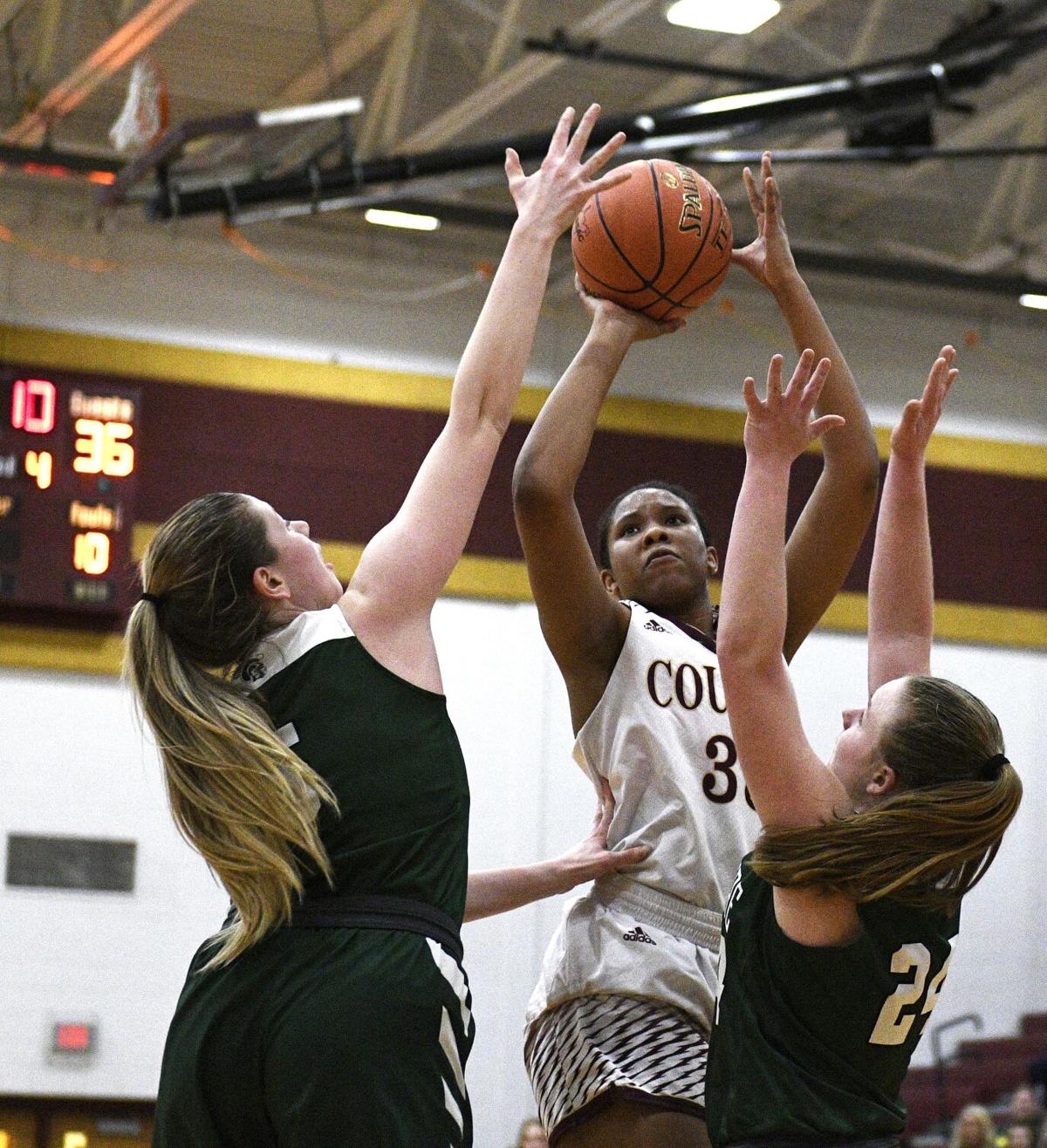 Jefferson’s Christiana Armstrong looks for a shot against Hedgesville. 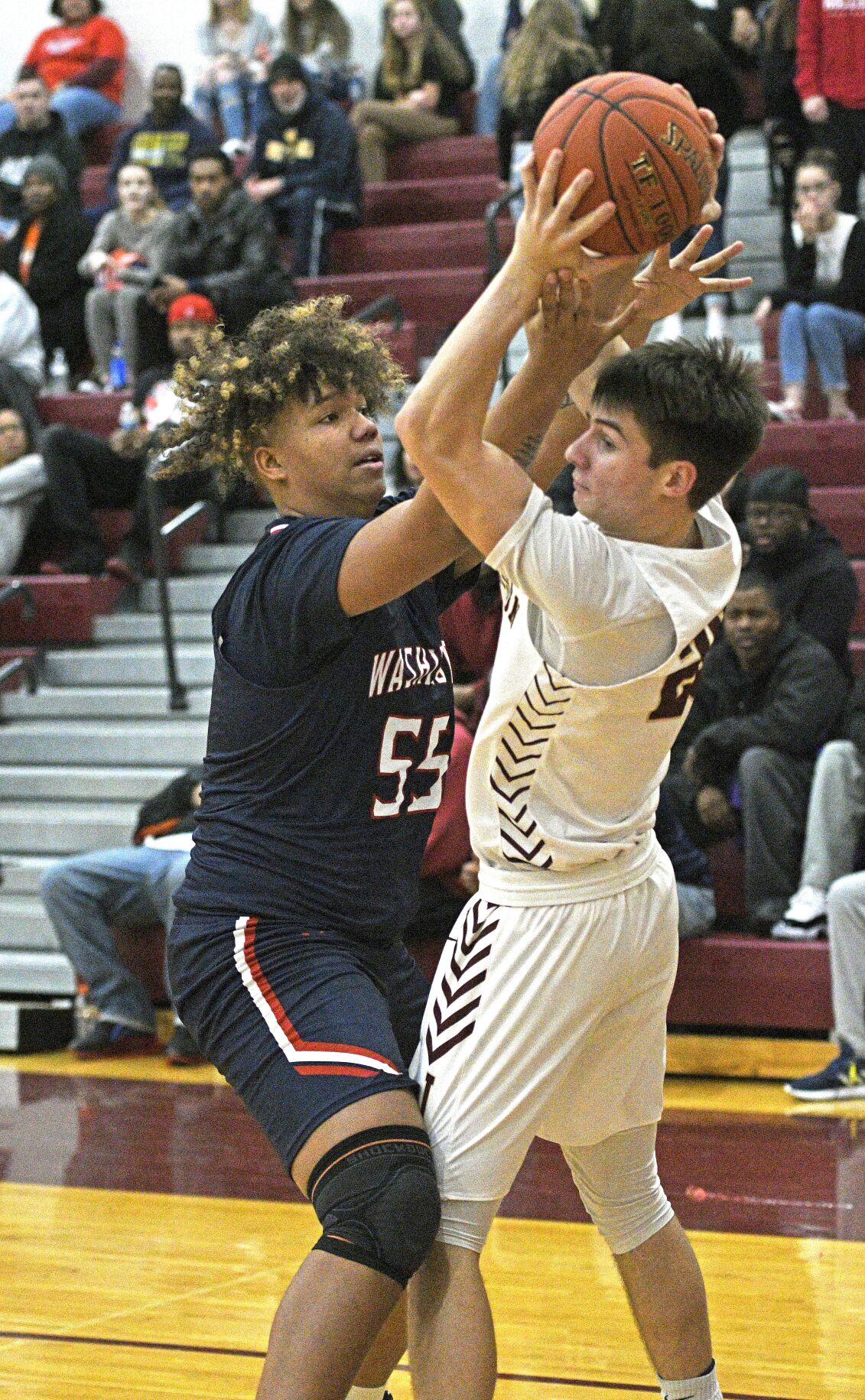 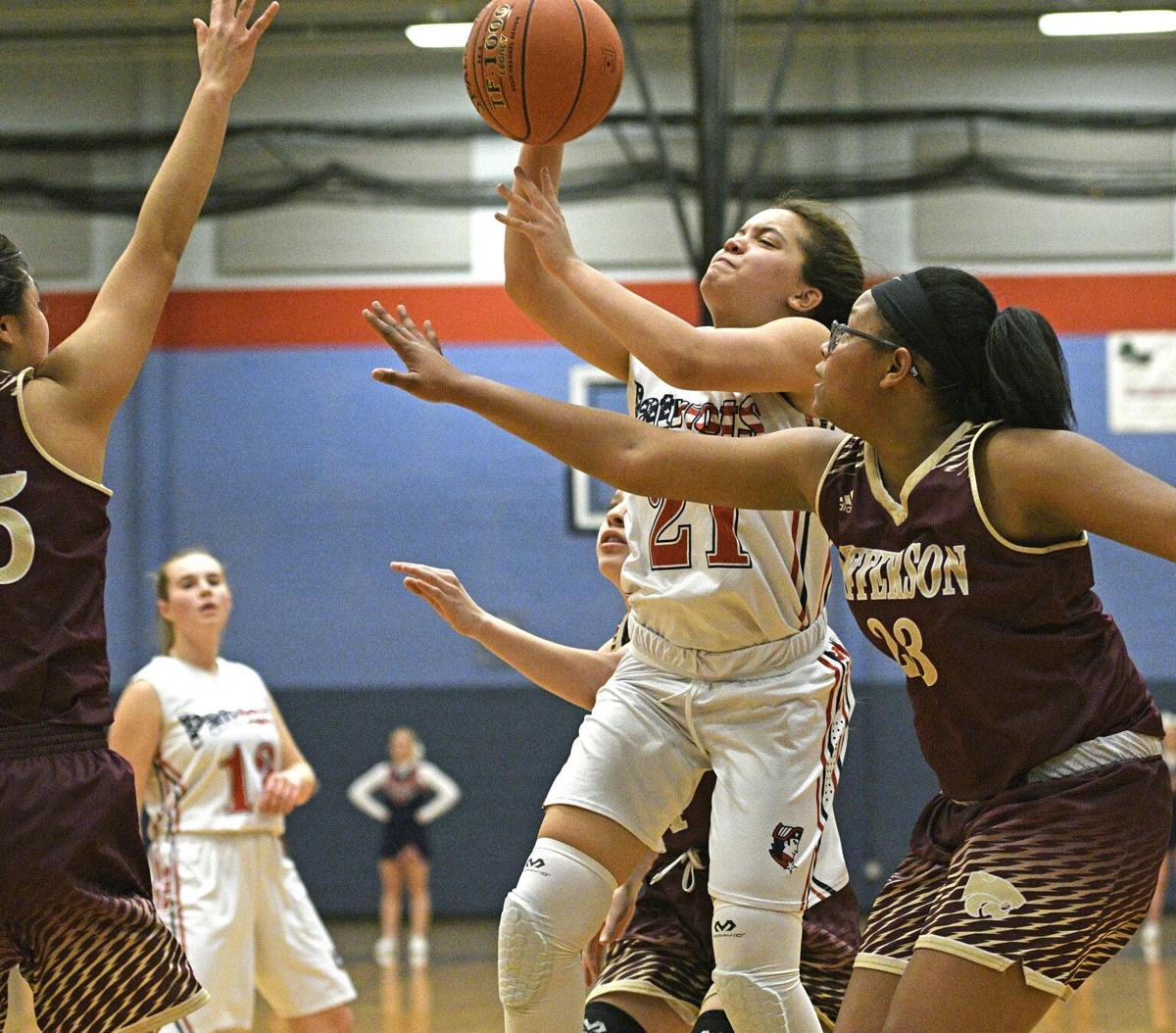 Washington’s Olivia Saunders looks for a shot against Jefferson.

Jefferson’s Daion Taylor gets airborne while driving for the basket against Washington.

Jefferson’s Christiana Armstrong looks for a shot against Hedgesville.

Washington’s Olivia Saunders looks for a shot against Jefferson.

The Cougars and Patriots’ girls’ basketball teams start their respective seasons on Thursday, March 4. Jefferson is scheduled to host Martinsburg in its season-opener.

The Patriots have a new coach in Jason Smith.

This later-than usual season-opener means the season will extend into April. The COVID-19 pandemic disrupted some of the fall sports seasons and delayed the winter seasons.

In any case, the highly-anticipated resumption of high school sports across the Mountain State looks to feature some talented athletes.

It’s still too early to tell how things will shape up for the Cougars, who went 10-14 last year.

Jefferson got a late start on its practices because of schools being closed last week due to inclement weather. So coach Richard Lewis is still in the process of assembling his roster, but some of his returnees put up some impressive numbers last year.

As a freshman, forward Will Shively led the Cougars in scoring with a 15.3 scoring average. He also averaged 7.9 rebounds per game.

Senior Jaden Butts (6-foot-4) returns to help lead the Cougars with his added height at the post position. He averaged 6.7 points, 6.5 rebounds and 2.1 blocks per game.

Junior Cameron Johnson had a 7.5 scoring average for the Cougars last season.

With these kind of numbers already in place, about the only thing Jefferson has to do is complete its reset after November practices were suspended after about two weeks due to an uptick in COVID-19 numbers.

“We just have to continue our refocusing after we had to stop practicing last fall,” Lewis said. The Cougars have completed their pre-season conditioning and are now concentrating on normal practicing.

Jefferson reached regional finals last year before losing to Martinsburg. The goal of the Cougars is to take things one step farther. The reward?...a trip to Charleston for the state Class AAAA tournament.

After one year of that getting-to-know you period, second-year Washington coach Trent Hilliard is seeing things coming together at the right time.

“This is a good group of players,” Hilliard said. “We’ve got good speed, the players understand what I want as far as the system I use goes, everything is there for us to be successful.  The players are buying into the program.“

Look for senior forward Tre Jackson (6-0) to dominate the post as well for the Patriots. Out on the perimeter, senior guard Jaylen Pooler can apply pressure out front at the point.

Juniors Terrance Jones and Christian Longerbeam will also see some action at the point for the Patriots.

Hilliard sees a positive atmosphere among the ranks of the team. “It’s looking good,” he said.

The Cougars enjoyed a winning season, won the Class AAA sectional and reached the Region II championship before losing to Spring Mills in the championship game.

It’s that shortcoming in the regional finals which has been stuck in the back of the minds of the team and its coach, Damon Smith, through the off-season. What’s made the wait more frustrating is the fact the winter sports season has had multiple postponements because of the COVID-19 pandemic.

It’s no secret that Jefferson can’t want to get back into live competition.

There’s cause for excitement among the Cougar ranks.

“We came up a little short last year,” Smith said. “We just missed going to the states and were disappointed. We’d like to take that next step and make states this year.”

Senior center Christiana Armstrong (5 feet, 11 inches) is coming off an injury which sidelined her last year. Her return to the Cougar starting lineup is welcomed by Smith and the rest of her teammates.

“They’re all great players,” Smith said. “We’re pretty solid down low and out on the perimeter.”

To augment this group of returnees, Smith likes what he’s seen thus far from sophomore guard Mackenzie Bresnevic and sophomore center Olivia Hedrick. Hedrick, at 6-4, brings added height to an already-strong inside game for the Cougars.

Senior guard Caitlyn Brown will be Smith’s go-to person coming off the bench. Bringing her in to give a starter some rest adds yet another dimension to Jefferson’s potential for success this season.

The Cougars’ three-guard setup also allows more opportunities for the Cougars to pick up some transition buckets off what Smith hopes to be a relentless pressure defense, which will feature a lot of trapping all over the court.

“Yes, we like to press a lot,” Smith said. “Get a steal, move the ball back down the floor, get a quick bucket. Force a turnover. Things continue to look good.”

If there was one positive thing coming out of a three-win season last year for Washington, it’s multiplied the determination factor among the members of the team.

It’s also creating a good situation for Jason Smith, and he’s got a huge advantage.

“I’m right here in the school,” Smith, who’s also had assistant coaching experience at Frederick (Md.) High School, Frederick Community College and Shepherd, said. “The players see me as a teacher, they see me as a coach. They know what’s expected of them and they want to win.”

The Patriots picked up some strength when Alexis Osafo-Mensah transferred from Frederick’s St. John’s-Catholic Prep High School this year. She should see some  action at the guard-forward position, creating some problems for opponents up front.

Look for junior guard Olivia Saunders to provide leadership out on the floor. “When I give instructions to her, she relays it to the other players,” Smith said. “She makes what I want done known out there. It’s good to see that kind of leadership.”

Carmen Skinner (junior guard-forward, 6-1) and freshman Addison Skinner are other players to watch for Washington.

With height and speed available, the Patriots aren’t going to be afraid to challenge teams which had their way with Washington last year. Smith and his team have talked about goals, namely playing beyond April 13, the day when sectional playoffs begin.

“We’ve got the skills,” Smith said, adding how far the Patriots advance is up to the players. The consensus is playing behind April 13, all the way to April 27, when the state tournament is held in Charleston.