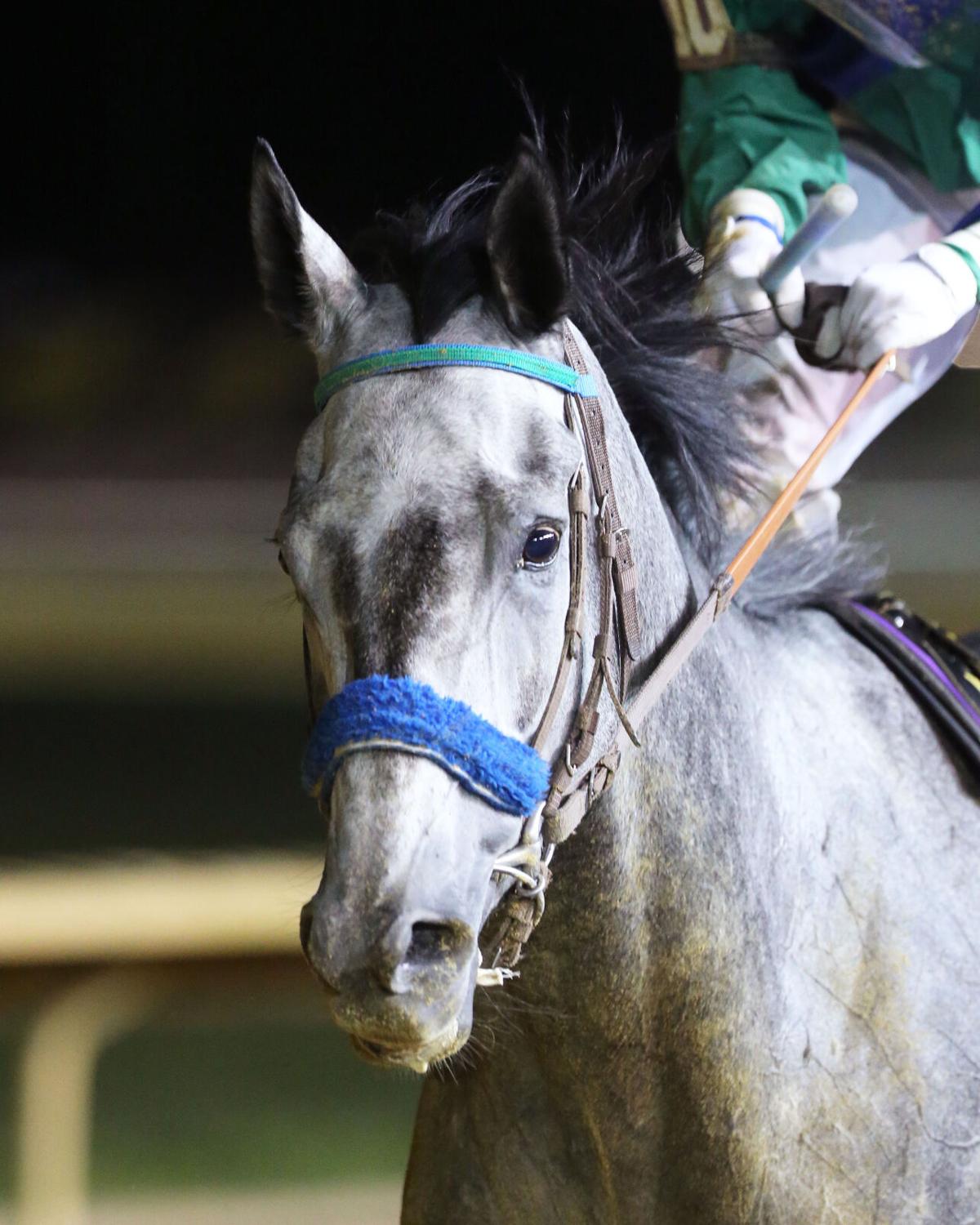 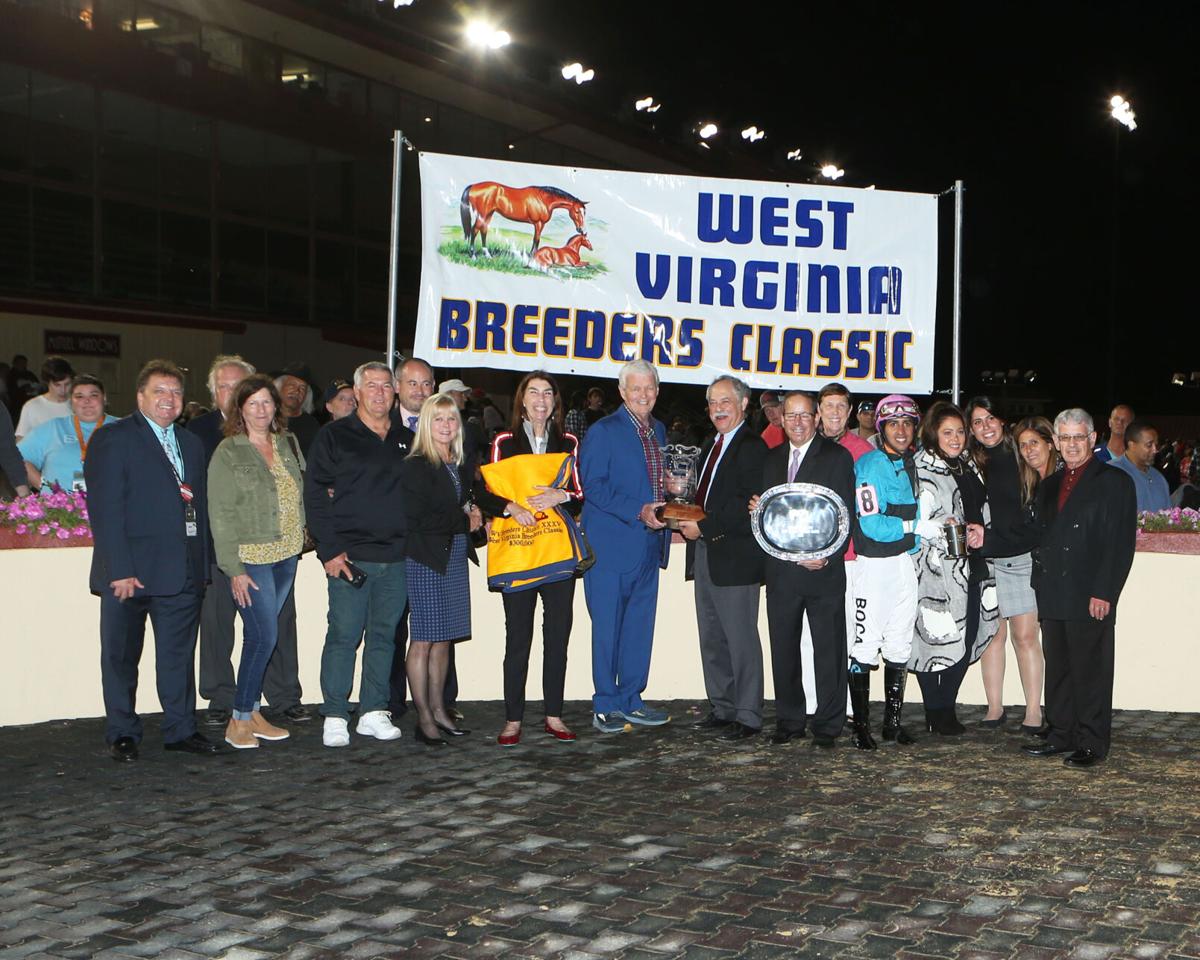 Heading into the Classic, much of the focus was on Maud’dib (Bocachica), who had won all seven of his previous starts for Runco and Raim and was made the 4-5 favorite despite venturing three turns and nine furlongs for the first time.

When the gates opened in the Classic, Hero’s Man and Maud’dib both broke well to assume the top two spots through the far turn and those two raced side-by-side through modest early fractions, with North Atlantic, making his fifth appearance in this event for Runco, sitting just behind the leaders. Entering the far turn, Maud’dib surged to command and the odds-on favorite edged past Hero’s Man in the final 100 yards for his eighth straight tally.

A four-year-old Fiber Sonde gelding trained by Runco for Raim, Maud’dib has won all five of his starts this year and all eight of his career outings and banked just over $275,000 after getting the nine furlongs in 1:55.06. It may have been just the second stakes victory for the Fiber Sonde gelding, but his virtually effortless running style suggests he will add to that sum in subsequent years.

“He just does everything so easily,” Runco said. “He never really does any more than he has to. I’m happy for David. He’s won some of these stakes on the big night, but this is the first time he’s won this race.”

One race earlier in the Cavada, Star of Night (Bocachica) was the center of attention for Runco although Bridging the Gap was the defending champion of this event for state-bred distaffers. Sent out as the 1-9 favorite despite breaking from post 10, Star of Night did not disappoint and she overhauled Privately in the final furlong for a length score while getting the seven panels in 1:26.53 for owner-breeder Huntertown Farm in Versailles, Kentucky.

A four-year-old daughter of Creative Cause, Star of Night has won all four of her starts this year, eight straight overall and now sports 10 wins and nearly $320,000 banked from 12 career tries. The reigning West Virginia-bred horse of the year, Star of Night has done nothing wrong in the first 10 months of her title defense, but she could conceivably yield the crown to her unbeaten stablemate, Maud’dib.

Earlier on the WVBC card, Run to Daylight (Arnaldo Bocachica) kicked off the program by taking the $75,000 Vincent Moscarelli Memorial for two-year-old males.

The son of Runhappy trained by Runco for owner David Raim remained undefeated in three lifetime tries by getting the 6½-furlongs in 1:20.90 as the 3-5 choice, leading a sweep of the top three spots for the conditioner.

Then one race later on the card the same connections returned to the winners’ circle when The Sky Is Falling (Bocachica) rallied from midpack for a 9-1 upset in the $75,000 Triple Crown Nutrition BC for two-year-old fillies. Trained by Runco for Raim, The Sky Is Falling recorded her second win in three tries and doubled her career earnings past $55,000 by getting the 6½-furlongs in 1:22.18.

Then in the finale, Stowe Angel (Bocachica) capped an amazing night for her connections when she captured the $75,000 Roger Ramey Distaff as the even-money choice for Runco and Raim.