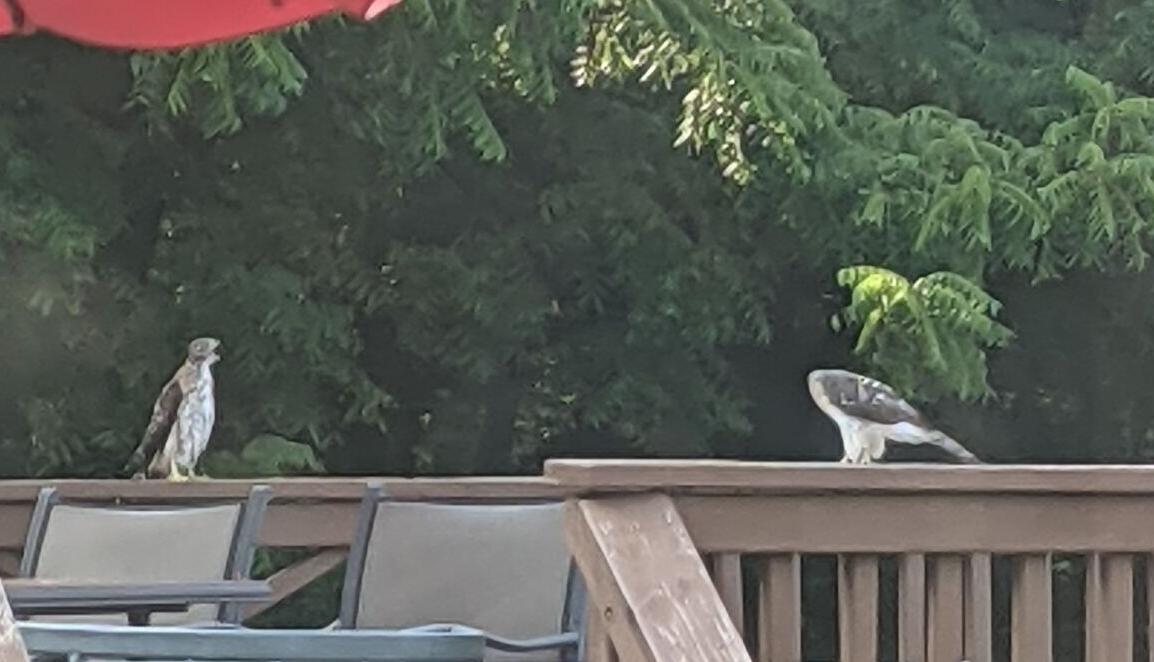 Two peregrine falcons make themselves at home at the Charles Town residence of Mara and Randy Tarantino. 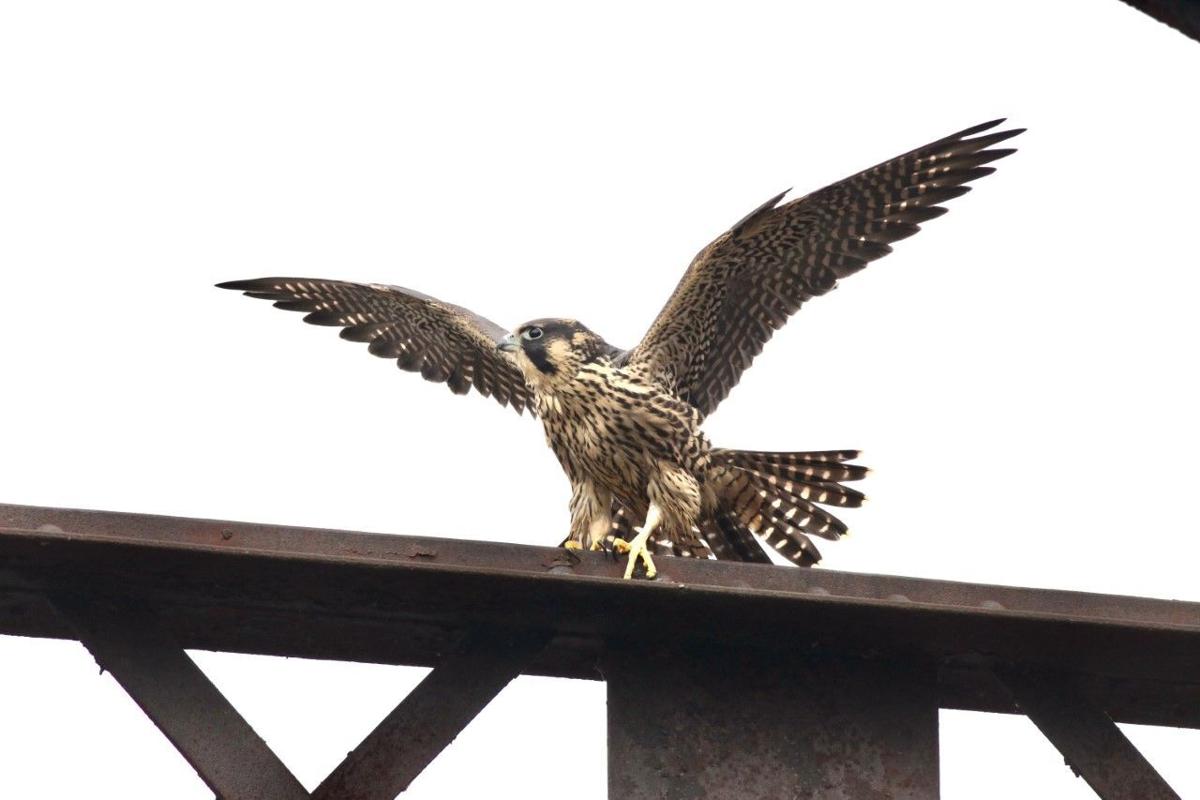 A young peregrine falcon rests on a railroad bridge.

Two peregrine falcons make themselves at home at the Charles Town residence of Mara and Randy Tarantino.

A young peregrine falcon rests on a railroad bridge.

The good news is that a peregrine falcon fledgling has returned to the area after being gone from the Harpers Ferry National Historical Park for nearly 70 years. The even better news is that this young bird is not alone.

“The National Park Service (NPS) is thrilled to see a fledgling at Harpers Ferry and are grateful to the many partners and volunteers who have helped us study, monitor and protect peregrine falcons,” chief of resources management Mia Parsons said. “We hope that this is the first of many successful breeding seasons for these peregrines.”

Peregrines nested on the cliffs of Maryland Heights until the early 1950s. The birds began to decline throughout North America because of the extensive use of pesticides.

“Pesticides like DDT caused the eggs to not harden. They would stay soft,” Parsons said. “The birds were on the brink of extinction.”

By the mid-1960s, the peregrine falcon population in the western U.S. had declined by an estimated 80 to 90 percent, and the entire eastern population had just about been locally extinct.

Parsons said the first peregrine falcon chicks were spotted at the park in April. Unfortunately, only one survived.

“The chicks are little fluff balls. The one who survived is now a fledgling (has developed feathers that enable flight). The falcon may not stick around in the area, but we’ll be watching,” Parsons said.

She added that the peregrine falcon is one of the fastest birds in the world, reaching speeds of 240 miles per hour when it is making a hunting dive or “stoop.”

“The speeds they reach are phenomenal. The aerodynamics they do have caused them to be studied by aviators. A jet engine was designed because of that kind of work,” said Parsons.

Peregrine falcons don’t make nests but dig and build up the dirt or other materials where they decide to settle. Unfortunately, many in the past have made their homes on bridges or high rise buildings.

In the early 2000s, the NPS worked with partner agencies to translocate peregrine falcons living on human-made structures to Harpers Ferry, but none of the falcons returned to nest in the park. Sightings of individual falcons in the park increased over the next several years, but none of those birds took up permanent residence on Maryland Heights until 2015, when an adult female was observed regularly.  Several peregrine falcons have nested at Maryland Heights but no pair has successfully hatched chicks until this year.

However, the Harpers Ferry fledgling does have company not far away. Mara and Randy Tarantino of Charles Town recently had some unexpected visitors on their property.

“We thought we heard kittens meowing in the morning. After that, we saw four peregrine falcons on the railings around our pool,” Mara said. “We would only hear them in the morning. They would take off and go into the woods behind our home.”

Randy said the birds would sound different when they called to each other in the woods.

“They’re about the size of a crow but their wingspan is much larger,” he said.

In the future, the Tarantinos plan to talk to Parsons about their new neighbors.