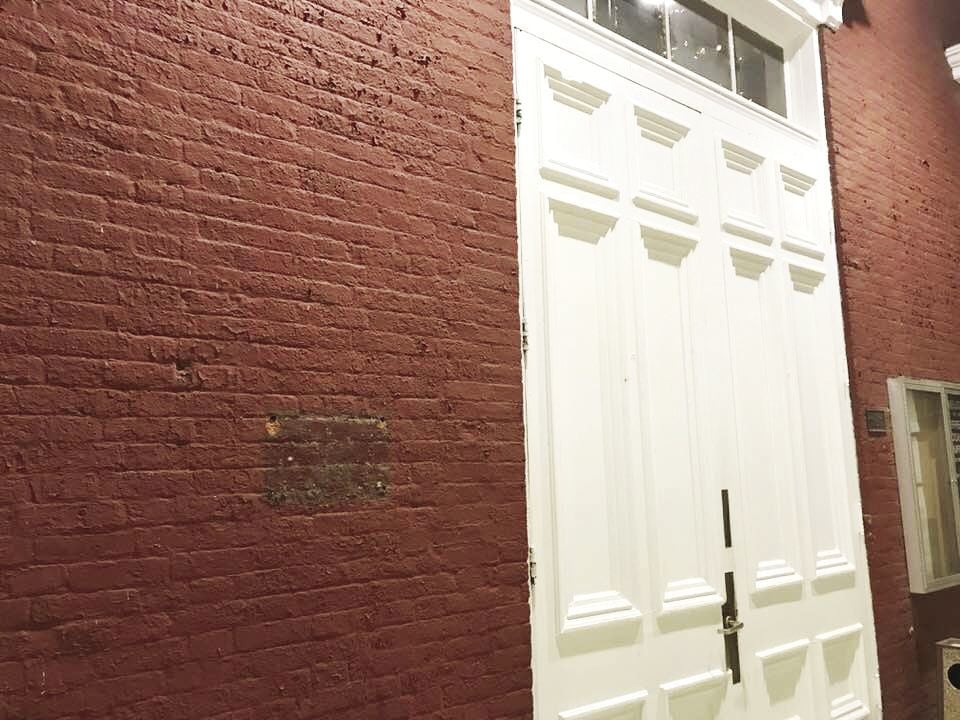 Jefferson County Commission President Josh Compton, who wanted the Confederate thank-you plaque to stay in place on the Jefferson County Courthouse, created the wording of the agenda item for Thursday’s meeting. Commissioners Patsy Noland and Jane Tabb both explained history wasn’t being “torn down,” and Tabb made a motion to return the plaque to the organization that had given it to the county in 1986 – the United Daughters of the Confederacy.

Jefferson County Commission President Josh Compton, who wanted the Confederate thank-you plaque to stay in place on the Jefferson County Courthouse, created the wording of the agenda item for Thursday’s meeting. Commissioners Patsy Noland and Jane Tabb both explained history wasn’t being “torn down,” and Tabb made a motion to return the plaque to the organization that had given it to the county in 1986 – the United Daughters of the Confederacy.

The Charles Town native who led the fight to bring down the small plaque thanking Confederate soldiers had made a private vow in August of 2017 that she would not enter the historic building until Jefferson County Commissioners agreed to relocate the bronze marker from the entrance to the historic courthouse.

The marking paying tribute not to all Civil War veterans but just to the Jefferson County men who fought for the South and the continuation of slavery sent a clear message to her, Ballard said in an interview.

“It’s a message of mocking my ancestors,” said Ballard, who grew up in Charles Town when schools, the library and other parts of Charles Town were still segregated. “This building that’s supposed to stand for justice for all had this sign that boasted about the men who fought for slavery. When I walked past it, I wouldn’t just think about that, I would feel it.”

Everything changed on Friday, a day after a new JCC majority spent a few minutes discussing the plaque, then voted to return it to Polly Wharton of the county’s United Daughters of the Confederacy as she’d asked more than a year ago.

The decision reversed the JCC’s 5-0 vote in early September of last year, a decision that set off protests against the plaque, both during JCC meetings, outside the JCC meeting space at 200 E. Washington St. and in front of the courthouse itself.

On Friday, county maintenance workers pried free the plaque that the UDC had given the president of the JCC back in 1986.

Ballard on Friday expressed her gratitude for the women who made the initial request of the JCC with her – Gloria Lindsey, Brenda McCray, Deborah Layton, Janet Baylor, Sylvia Gregory, Augustine Strother and Verdeana Walker – as well as members of the Women’s March, others in the community and leaders of the New York-based Make It Right group who joined the fight later on.

“We started out with that 5-0 vote against our request,” Ballard said. “It’s important to remember that. We were able to shine light on the fact that it was the Confederate soldiers who fought to keep our ancestors enslaved.”

“It is impossible to enter the courthouse to conduct business or to even vote without being taunted by its presence,” the women wrote in a letter to JCC just after the deadly Unite the Right protests in Charlottesville, Va., where protesters had gathered to fight plans to bring down public statues to Confederate icons Robert E. Lee and Stonewall Jackson.

The plaque ended up coming down the same day that jurors convicted James A. Fields Jr. in the death of Heather Heyer in Charlottesville, Va. The Ohio man, now 21, plowed his Dodge Challenger into a crowd of counter protesters, killing the 32-year-old.

In addressing Ballard and her colleagues’ request last year, Onoszko – a graduate of The Citadel who was serving as the JCC president – spoke of “radical minorities” creating problems in the country. He later had his full statement entered into the Congressional Record by Republican Congessman Alex Mooney.

But Noland and Tabb soon became convinced the plaque didn’t belong on a public building. The plaque figured prominently in Tabb’s primary race against Jack Hafestay, who supported keeping the marker in place, and again in the Onoszko-Lorenzetti race.

Two other Democrats who ran against Lorenzetti in the May primary also supported relocating the plaque from the courthouse.

Throughout the months of the plaque debate, Ballard said she kept her focus on her ancestors, including those who had been enslaved in Jefferson County.

“I drew strength the whole time thinking about them and what they had to endure,” she said. “And now this positive thing has happened and we can all move onto the next chapter.”