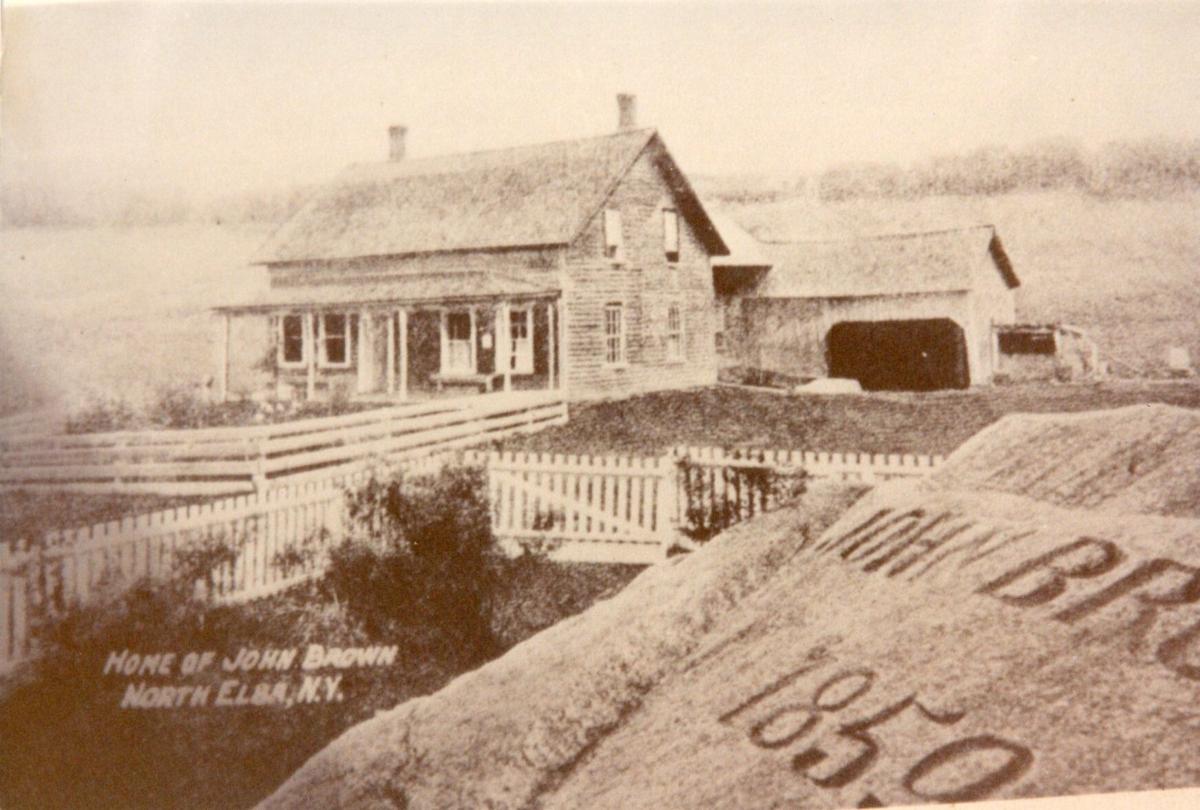 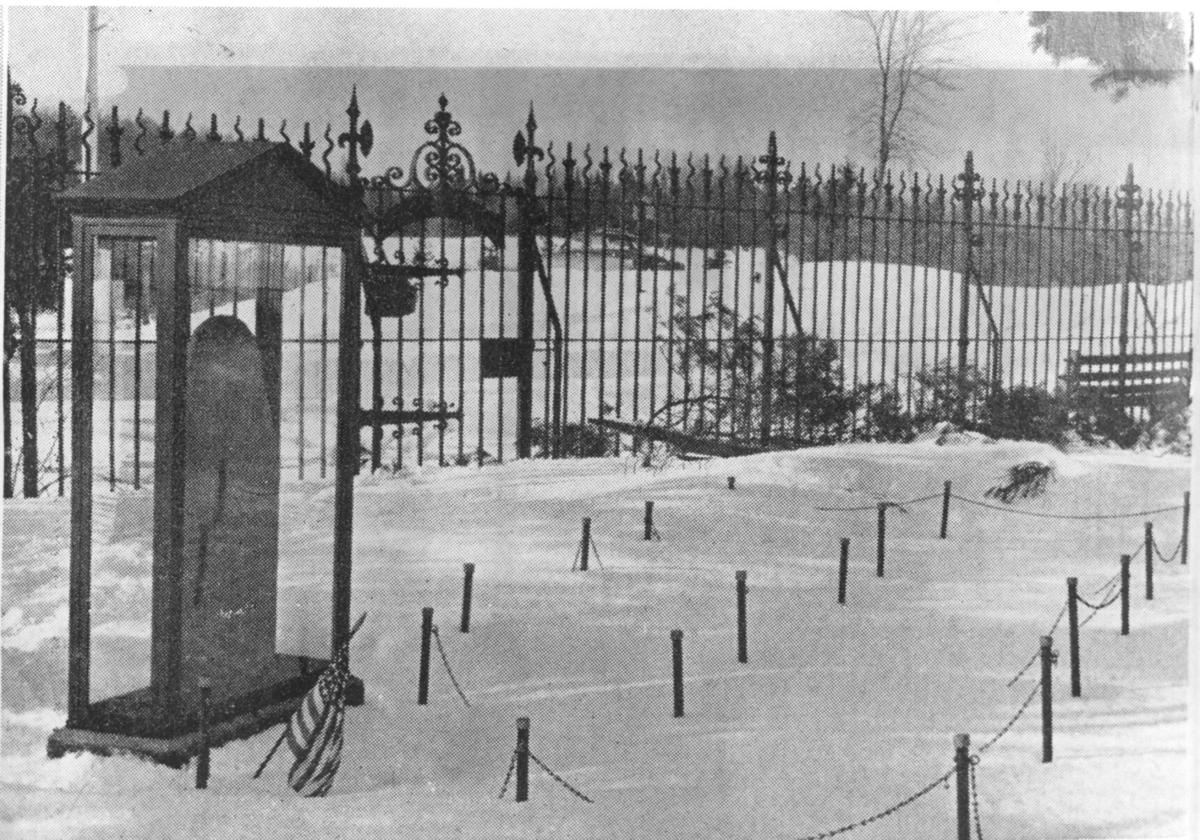 A photo of John Brown’s grave at North Elba, New York, courtesy of the 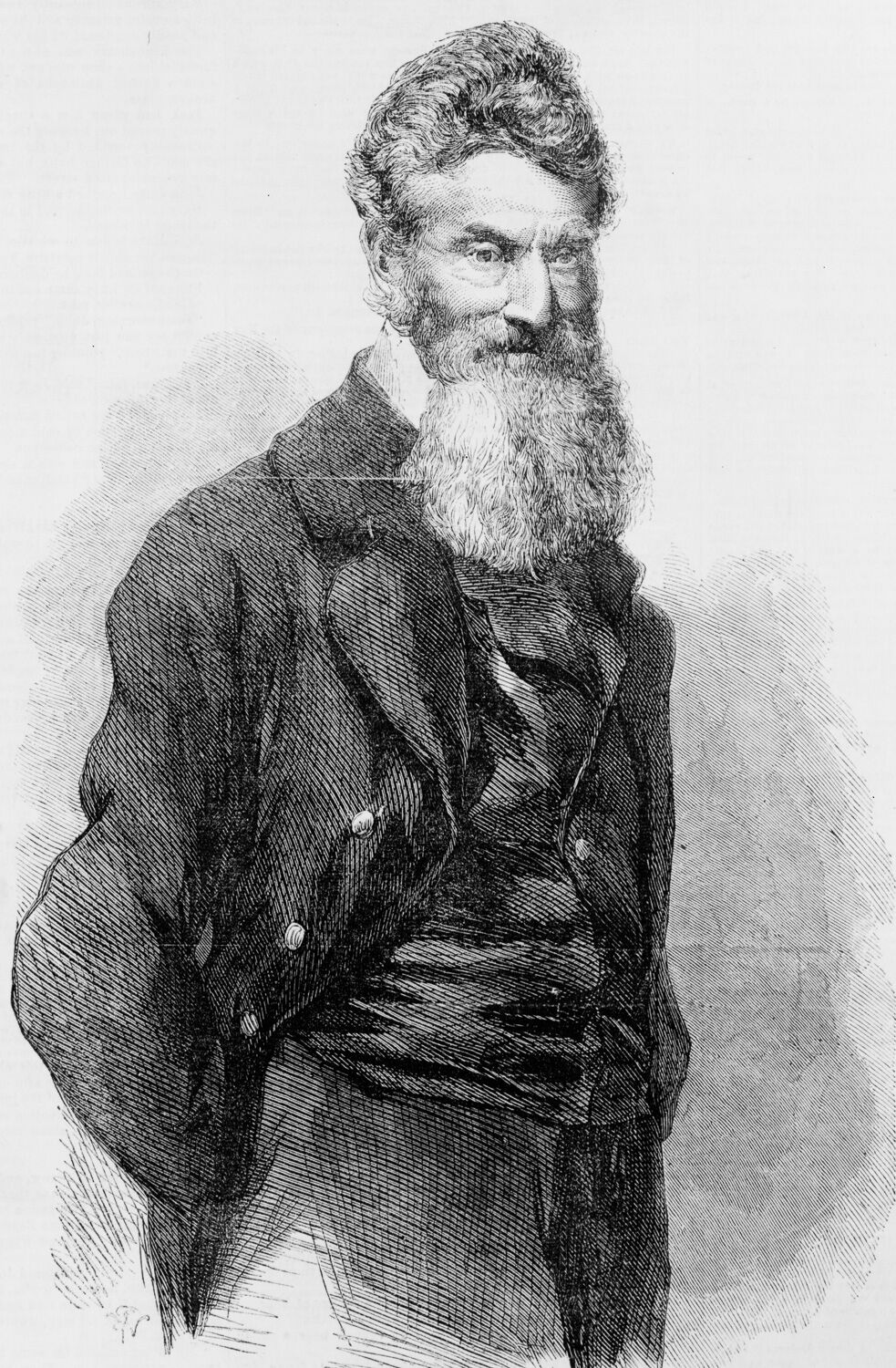 A photo of John Brown’s grave at North Elba, New York, courtesy of the

At 45 minutes before noon on Friday, December 2, 1859, John Brown’s sentence of death by hanging was executed. Just before Noon, his body was removed from the scaffold and placed in a coffin made by the Sadler Brothers. With Brown’s body on board, the Sadler’s freight wagon returned to the Jefferson County Jail where Brown’s remains were held until it was “sent to Harper’s Ferry at four o’clock, in a special train of cars, and there delivered to his wife.”

Brown’s request for a final visit with his wife, Mary Ann Day Brown, was granted the day before his execution. Mary was Brown’s second wife. His first wife, Dianthe Lusk Brown with whom Brown had seven children, had died in 1831, and Mary Day was the sister of Brown’s housekeeper. John Brown married Mary Ann Day in 1833 and together they raised a family of thirteen children. Six of their children reached adulthood. Two of their children were killed during the raid on Harpers Ferry. Only four outlived their father.

The arrangements for Mary Brown’s visit were made by General William Booth Taliaferro, commander of the Virginia Militia, who handled all the details regarding John Brown and his men while they were incarcerated in the Jefferson County Jail. Mary Brown made the trip by train, first traveling from Philadelphia to Baltimore, and then on the Baltimore & Ohio line to Harpers Ferry. Fearing for her safety, she was accompanied on the journey to Charles Town by three Philadelphians. Her friend Sarah Allibone McKim and husband James Miller McKim agreed to travel with Mary Brown and recruited Hector Tyndale, husband of one of Sarah McKim’s friends, to join them on the journey. Upon arrival in Harpers Ferry, the quartet left the train, boarded a carriage, and was “escorted by mounted troops” for the seven-mile trip to Charles Town.

When the carriage arrived at Public Square, the military escort dismounted and “formed in a hollow square in front of the jail when she alighted.” Mary Brown was escorted into the jail and met with her husband in the parlor of Jailer John Avis. “On first meeting, they kissed and affectionately embraced each other, and Mrs. Brown shed a few tears, but immediately checked her feelings.” They then retired to a sofa in Avis’ parlor where they spent the next hours sharing information about their family and discussing final plans. Brown asked to have his wife spend the night with him, but the request was denied by General Taliaferro, and at 8 o’clock he informed the pair that their time together had elapsed. Brown’s final words to his wife were “God bless you and the children” to which she replied, “God have mercy on you.” Before she left, Mary Brown asked to speak to her husband’s men there with him in the jail, but once again her request was denied. Mary Brown left the jail and “returned under escort to Harper’s Ferry this evening at 8 o’clock, where she will await the reception of the body of her husband to-morrow.”

Brown’s body was removed from the jail at 4 o’clock, and the Sadlers transported John Brown for the final time. Their destination was the depot of the Winchester & Potomac on East North Street, where a train awaited that would carry Brown non-stop to the W & P depot in Harpers Ferry, within sight of the engine house where the saga had begun just forty days before. At Harpers Ferry his coffin was transferred from the W & P and loaded onto a special B & O train headed to Baltimore.

The New York Daily Herald recorded the entourage’s progress. On Saturday, December 3 the Daily Herald reported, “Captain Brown’s body passed through here [Baltimore] this morning and was taken on by the early train for Philadelphia.” In Philadelphia, the Herald recounted that “The body of John Brown left here [Philadelphia] at two o’clock this afternoon [December 3] for New York. Very few persons witnessed its arrival or departure.” Mary Brown remained in Philadelphia with her friend Sarah McKim. Miller McKim stayed on the train with Brown’s body and accompanied it to New York. “At New York the body was placed in the hands of an undertaker to be put in condition to be seen by the family and friends on its arrival at North Elba.” In New York McKim consulted poet Theodore Tilton who recommended undertaker Jacob Hopper to receive Brown’s body. Hopper took Brown’s remains to the offices of McGraw & Taylor where the body was embalmed and placed in another coffin. Mary Brown left Philadelphia on Sunday evening to rejoin her husband’s body and Miller McKim in New York for the final leg of the journey.

The funeral procession continued its journey by rail headed north for Vermont. After two stops in the Green Mountain State, at Rutland and finally at Vergennes, Brown’s body, now accompanied by Mary Brown, Miller McKim, and abolitionist Wendell Phillips, crossed Lake Champlain and continued the last leg of the journey just as it had started— “aboard waggons headed to North Elba,” the final destination. The trip by rail from Charles Town to Lake Champlain’s shore in western Vermont and then by ferry across the lake to the shores of New York had taken a little more than four days. The last forty miles across the Adirondack Mountains would take almost two days, “the spot selected by Brown for his residence being one vast wilderness.” Brown’s farm at North Elba had a special significance. In the 1840s, philanthropist Gerrit Smith donated thousands of acres in western New York to free blacks who would settle 250-acre parcels and take up farming. Brown heard of Smith’s offer and purchased a parcel for himself at North Elba for $1 an acre where he built a house and started a farm, thinking that “he could provide guidance and assistance to those who were attempting to establish communities in the area.” Although his abolitionist duties frequently pulled him away from North Elba, when they met for the final time Brown asked Mary to bury him on their farm.

On Thursday, December 8, 1859 John Brown was laid to rest in the frozen ground of his farm in North Elba, New York. Among those who spoke were Miller McKim who had attended Brown’s remains for the entirety of the trip from Harpers Ferry to North Elba. Brown’s grave was marked by a headstone that was originally placed on the Connecticut grave of his grandfather Captain John Brown who died in New York “fighting with General Washington.” When that stone was removed and replaced by a monument, Brown requested and received permission to take the stone to his home in North Elba. Beneath his grandfather’s name, stone carver B. A. Barrett inscribed the names of John Brown and son Oliver who died at Harpers Ferry. On the stone’s reverse Barrett inscribed the names of Frederick Brown, Brown’s son who was killed in Kansas, and son Watson who was also killed at Harpers Ferry. The stone which marks John Brown’s grave memorializes the names of three generations of Browns who died in battle.

In 1882 Watson Brown’s body was returned to his family, and he was buried next to his father. Watson died during the raid at Harpers Ferry, and his body was removed to the medical school in Winchester, Virginia. His remains were recovered from the school in the spring of 1862 by a Union Army doctor and taken by him to Indiana. John Brown, Jr. determined the location of his brother’s body and succeeded in having the remains returned to his family for a proper burial.

A third internment involving men who had followed John Brown took place in 1899. During the 1859 raid on Harpers Ferry, ten of Brown’s men had either been killed or died from their wounds. Harpers Ferry resident James Mansfield was paid $5 by the county to bury eight of the bodies. As mentioned, Watson Brown was taken to the medical school in Winchester, and Jeremiah Anderson was also taken there. The bodies of the remaining eight—Brown’s son Oliver, brothers William and Dauphin Thompson, Stewart Taylor, Brown’s second in command John Henry Kagi, William Leeman, and free men Daingerfield Newby and Lewis Leary—were placed in “two store boxes” procured by Mansfield and buried along the shore of the Shenandoah River “about a half mile from the ferry.” There they remained until the summer of 1899.

In late July 1899, Captain E. P. Hall and Professor O. G. Libby came to Harpers Ferry, located the site of the burials, and had the bodies exhumed. The remains were all placed in one coffin and taken to North Elba, where they were buried next to John Brown and his son Watson. It took four decades, but the men who lost their lives at Harpers Ferry in the fall of 1859 were finally reunited with their leader.