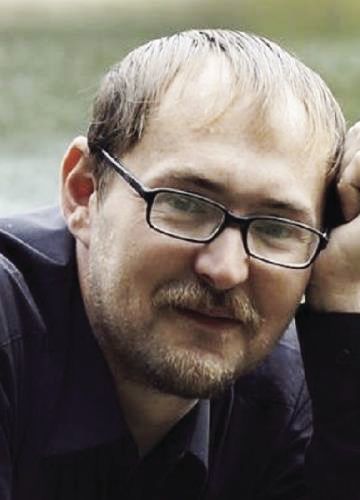 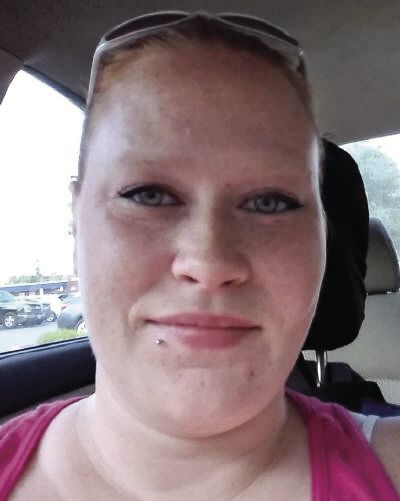 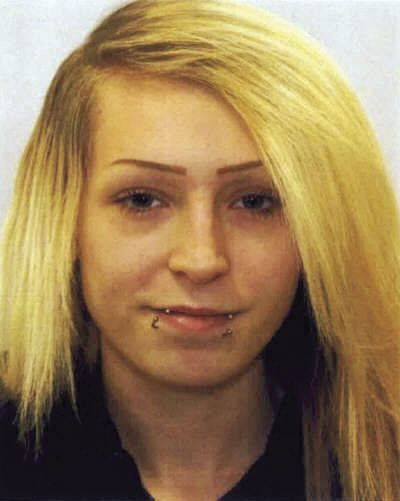 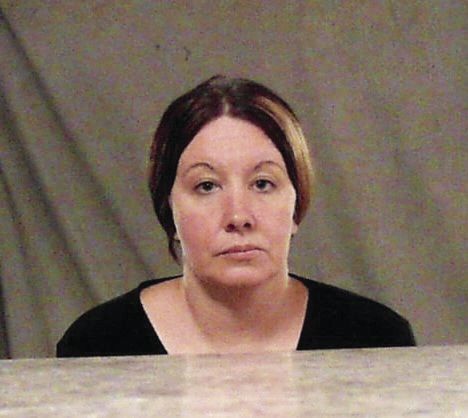 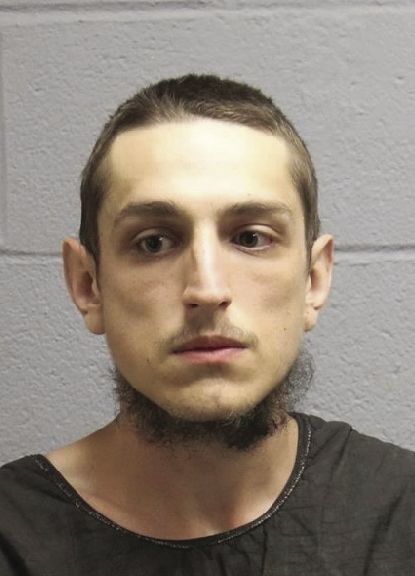 CHARLES TOWN – The group of people, including three alleged killers, had returned from a party at a Pagan motorcycle gang clubhouse in Falling Waters just before a fight broke out in the Westminster, Maryland, apartment where the events leading to the murder of Jonathan Riddle began.

Two missing women, as key witnesses, were among those who went to the gang party, saw the fight erupt in the apartment and traveled to the murder site near Rippon along rural Ward Clipp Road. Police recently came to believe that the women—33-year-old Heather Grogg of Westminster and 18-year-old Danielle Tyler of Taneytown, Maryland—were lured to their deaths in Berkeley County because they were bystanders to the murder. Two people were arrested Monday on murder charges for their alleged involvement in cold-blooded slayings in Falling Waters on April 6.

Meanwhile, two previously unmentioned juveniles, including a relative of one of the three murder suspects, were among several people who rode in two cars — including Riddle’s car — to the killing site.

“They basically torched the car,” Jefferson County Sheriff’s Office Sgt. Steven Holz, the primary investigator in the case, said while testifying in court Monday. “Everything was destroyed in it.”

Those are among a long string of new facts and allegations to emerge Monday during and alongside a preliminary hearing in Jefferson County Magistrate Court for John Westley Black III of Taneytown.

Black, 22, is one of four adults from Carroll County, Maryland, charged in Riddle’s brutal murder and its cover-up. His preliminary hearing was the first public court appearance for the defendants where more details of the case were disclosed.

Jefferson County Prosecuting Attorney Matt Harvey said the homicide investigation remains active and more people could be charged in the case. Harvey declined to comment on what the juveniles involved in the case might be charged with or whether they are incarcerated.

Black, Merrell and David Ray Sanford Jr., 26, of Westminster, have all been charged with first-degree murder, kidnapping and conspiracy to commit murder for their alleged involvement in stabbing and beating Riddle to death and then attempting to cover up the crime.

“Everyone was hitting and killing the victim,” Holz said of the three defendants.

Sanford’s girlfriend, Emily Rose Day, 27, of Westminster, has been charged with accessory to murder.

Holz testified that Riddle was stabbed two or three times with a kitchen paring knife and bound with shredded strips of a bed sheet before he was taken to Ward Clipp Road and stabbed several more times.

The extensive amount of blood found at the killing scene — including blood on the roadway and on a wire cattle fence that Riddle’s body must have been carried over — indicates Riddle was stabbed there again and, therefore, that he must have been still alive when he was brought there, Holz and Harvey said.

Someone driving by the scene that morning stopped after noticing what looked like a brush fire in the woods, Holz said.  The same person looked closer and saw that it was a human body on fire.

Holz said witness statements placed Black in Riddle’s car — allegedly driven by Merrell — when the group in the two-car convoy drove to Rippon from Westminster.

Black told police he did not participate in stabbing Riddle on Ward Clipp Road, according to Don Wrye, his public defense attorney. Black also told police he didn’t enter the woods where Riddle’s body was found, the attorney said.

Wrye said the evidence presented in court didn’t prove Riddle was killed in Rippon. Such a conclusion would legally undermine the murder and kidnapping charges against Black, he said.

“If [Riddle] was already dead and bound when they brought him here, then why would they continue to stab him?” Harvey countered.

While questioning Holz in court, Harvey emphasized that Riddle had no job or family connection to Jefferson County.

What the argument in the Westminster apartment was about, police have not revealed. However, all of the people allegedly involved in the murder or who were witnesses to some part of it, knew of each other, according to the police investigation and Monday’s court hearing.

Whether Riddle, a 33-year-old husband and stepfather from Taneytown, knew all of his killers or the witnesses isn’t clear from court documents and testimony.

Riddle had gone to the Westminster apartment to visit Grogg, who has been described as Riddle’s friend in various news reports quoting those who knew them.

Grogg had resided in the apartment with Sanford and Day as a live-in babysitter for the couple.

Interviewed by police during the murder investigation, Grogg went missing on April 6 as did Tyler, who was reportedly dating Merrell at the time of Riddle’s murder and who witnessed at least some events on Ward Clipp Road.

It was in Rippon where Black allegedly told Tyler that he participated in fatally stabbing Riddle in the chest, stomach and neck before his death, according to Holz’s testimony.

On Monday, police filed first-degree murder and conspiracy charges in Berkeley County against April Lynn Braner, 37, of Burnside Drive in Falling Waters, the residential property where police believe Grogg and Tyler were lured and killed on April 6.

Jeffrey Craig Smith Jr., 22, of Larkhill Court in Westminster, was also charged Monday in connection with those slayings. Prosecutors are extraditing him to Jefferson County from Carroll County.

In Berkeley County charging documents, police are relying on a witness to maintain that Smith, Sanford and Day drove Grogg and Tyler to the Falling Waters property.

Braner owns the property where Merrell had begun staying after Riddle’s murder, according to the police report.

Tyler and Grogg were lured to the property when they were told that they would be safe there as police investigated Riddle’s murder, according to court documents. But, the police continued, “It was determined that Monroe Merrell arranged to have Tyler and Grogg brought to West Virginia for the purpose of having them killed.”

At one point, Braner allegedly checked Tyler’s body to determine if she was still alive, and she was — allowing Sanford to continue to suffocating Tyler until she died.

The trailer was likely the same “party trailer” Tyler had visited with the group that returned to the Westminster apartment where Riddle was attacked later that same night, according to Monday’s court testimony.

Grogg was steered by Merrell away from the trailer and was shot to death by Smith, police allege.

Some evidence in the homicide investigation is still being examined by the West Virginia State Police crime laboratory, Holz said in court.

Some of the knives have unknown stains, and crime lab tests are being performed that might determine whether the knives had human blood on them, he said.

Police aren’t sure whether Riddle was kidnapped in his own car, a Ford Fusion registered to his wife, or a 2015 Chevrolet Malibu registered to one of Merrell’s relatives who has not been identified.

But Holz, relying on two unnamed witnesses who cooperated with the investigation, said both cars rode together to Ward Clipp Road and that Riddle was carried to one of those cars from the Westminster apartment—still bound by the bedsheet strips, according to witness accounts Holz said.

A blood stain found inside the door frame of the Malibu has not yet been analyzed.

During his investigation, two days after Riddle’s murder, Holz located the Malibu at a home in Westminster.

Merrell was located where the car was found, and he had a small cut on his right hand.

After hearing a summary of the case against Black, Magistrate Gail Boober ruled that there was enough evidence to send his case to trial.

The next step for prosecutors is to present Black’s case to a Jefferson County grand jury. Preliminary court hearings or other proceedings for the other defendants are pending.

Wow. This sounds like a story right from Hollywood. I send my condolences to Riddles family. He seemed like a very nice man and Father. How this event escalated to such epic proportion is mind boggling. I hope all the killers get what they deserve. I hope the Justice system has a special place for these animals. May God have mercy on their souls.