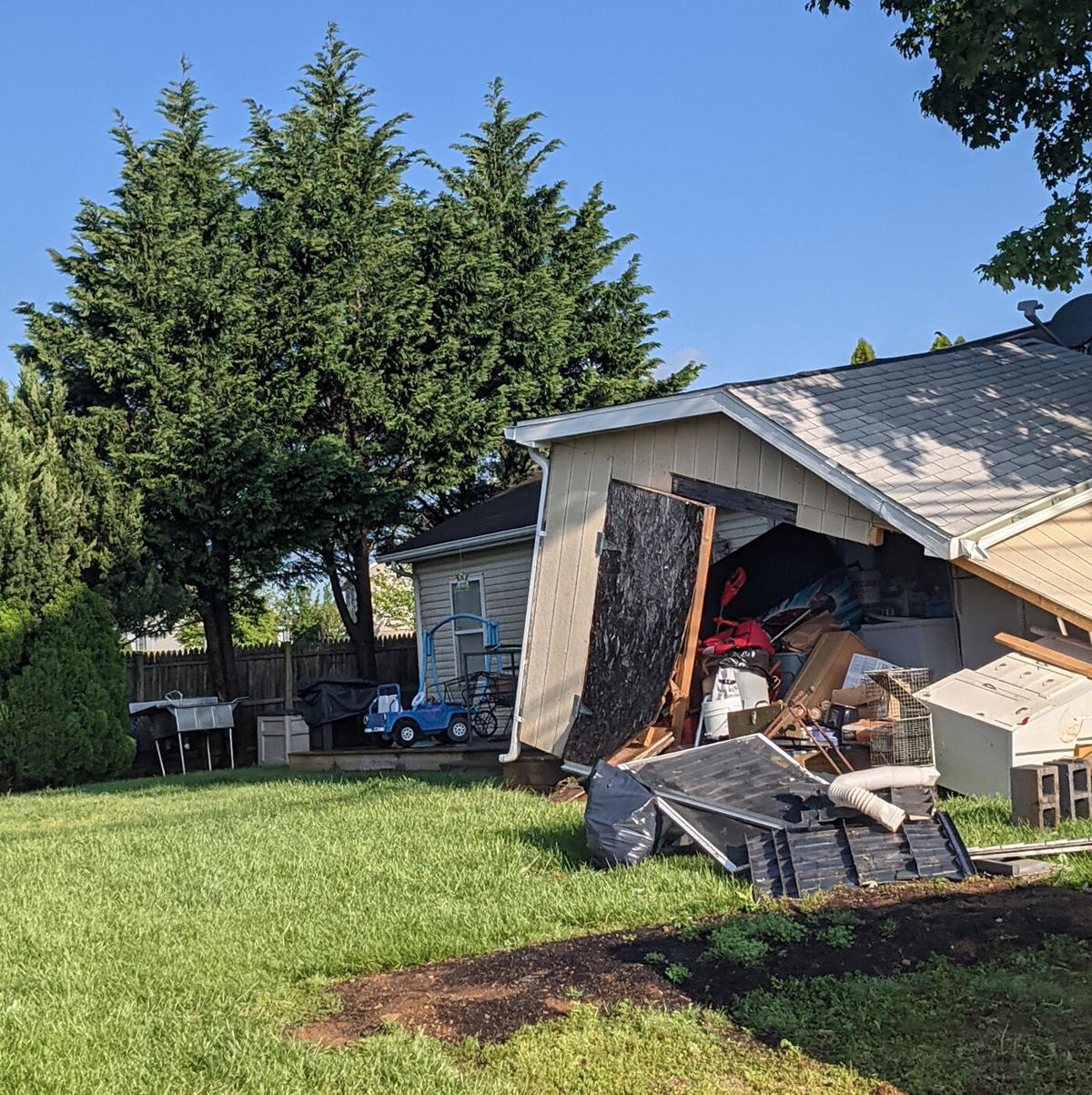 A house along Robelei Drive sustained damage during the storm. 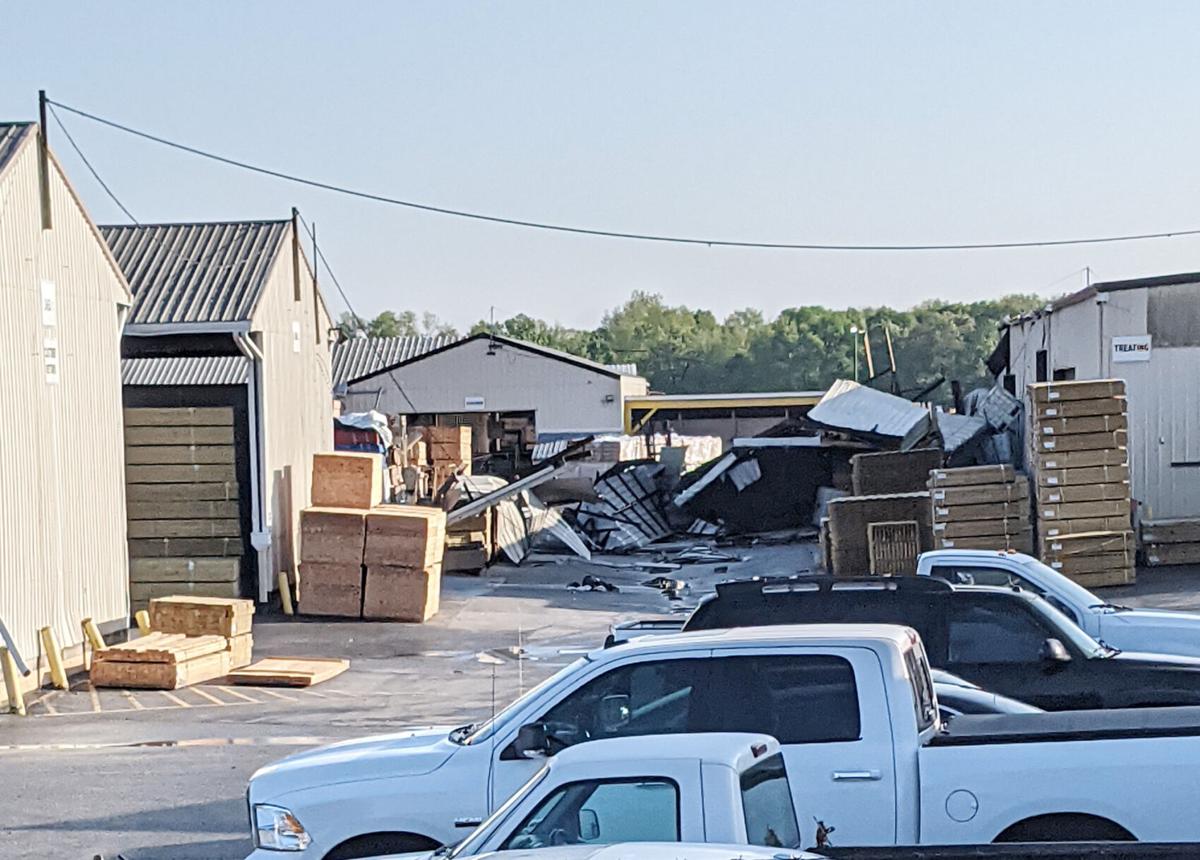 Damage is shown to one of the structures at UFP Industries along 16th street after Monday night’s severe storms. 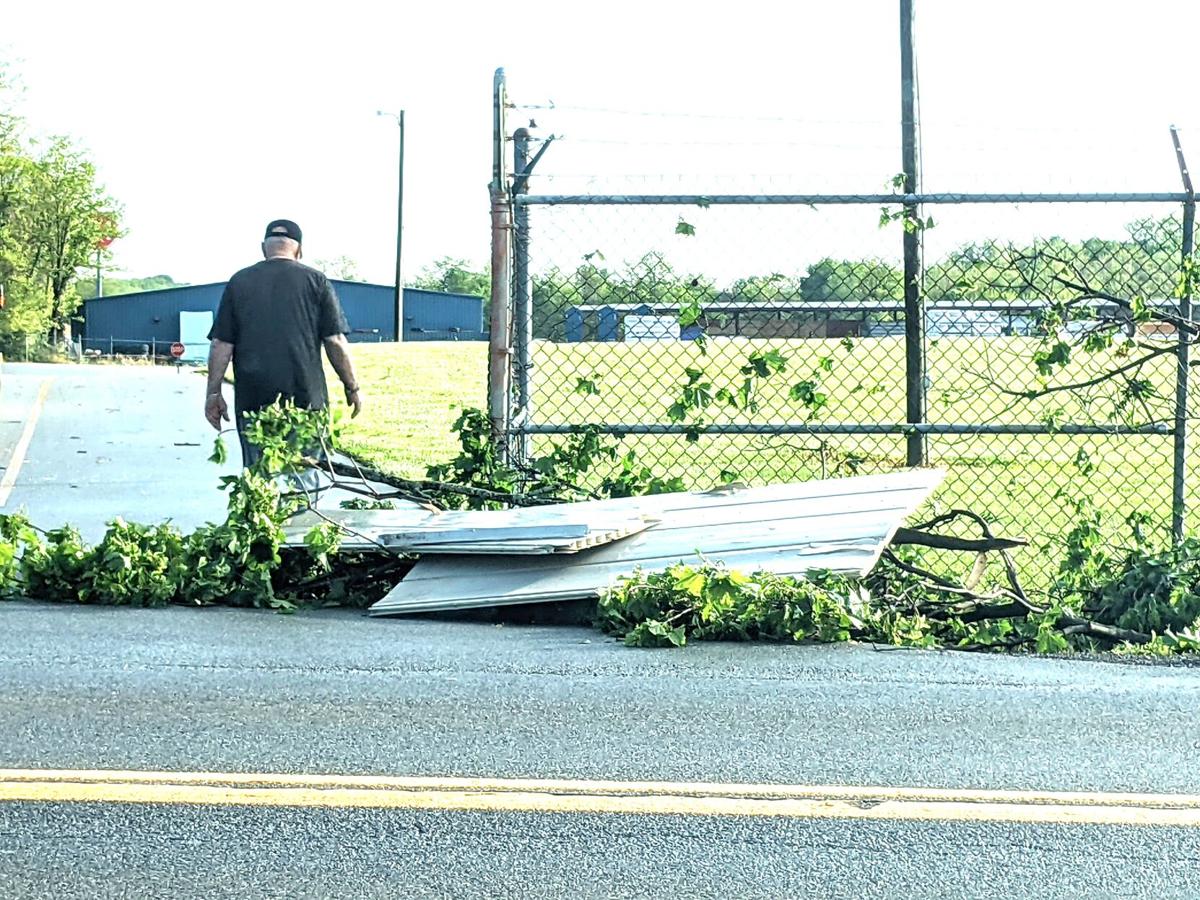 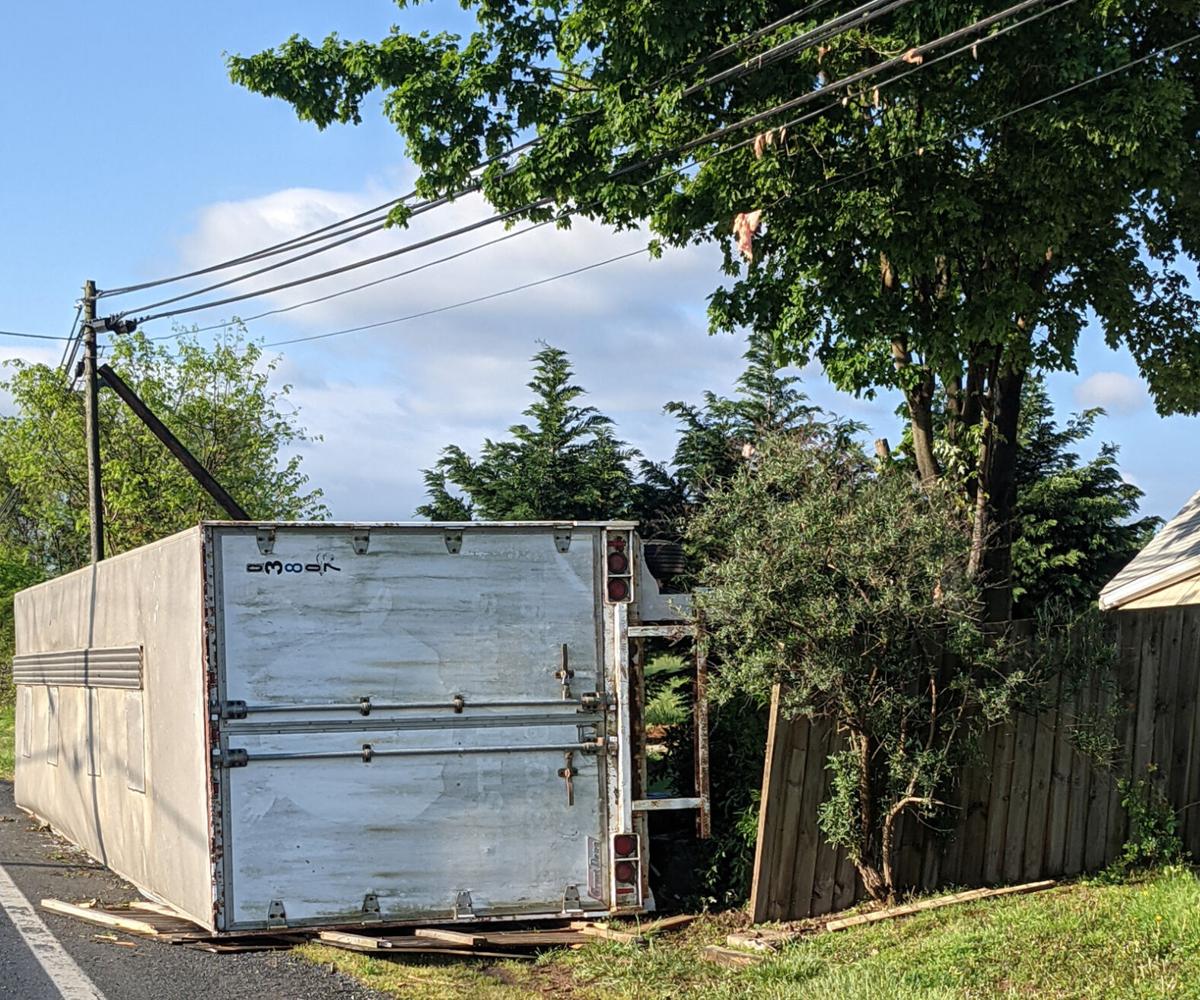 A trailer sits on its side Tuesday morning after it was blown over on Mildred Street by an intense storm that came through Ranson Monday night. Crews had to move the trailer out of the way of traffic Monday night.

A house along Robelei Drive sustained damage during the storm.

Damage is shown to one of the structures at UFP Industries along 16th street after Monday night’s severe storms.

A trailer sits on its side Tuesday morning after it was blown over on Mildred Street by an intense storm that came through Ranson Monday night. Crews had to move the trailer out of the way of traffic Monday night.

Two buildings at a Ranson lumber manufacturing outlet collapsed during a severe thunderstorm that passed through Jefferson County on Monday evening.

The storm damage from high winds occurred about 6:30 p.m. at a UFP Industries lumber products outlet on 16th Avenue in Ranson.

“We’re just extremely lucky that it didn’t destroy anyone’s lives,” Pierson said. “We had one injury, a man who works at UFP Ranson. He was evaluated on the site but he wasn’t taken to the hospital.

Capt. Billy McDonald with the Independent Fire Company in Ranson, explained that the man might have been trapped in one of the buildings that collapsed, but he escaped with minor injuries.

Inspectors with the West Virginia Department of Environmental Protection Agency investigated whether any hazardous materials may have been spilled, but there was no hazard created for the public, McDonald said. “There’s no threat to the public or the environment,” he said.

Steve Allen, the director of Jefferson County Office of Homeland Security and Emergency Management, confirmed that the environmental concern came from some barrels in a warehouse at UFP, that got overturned during the storm. It turned out that the barrels were empty.

The National Weather Service visited the site to assess what kind of storm or possible tornado might have caused the buildings to collapse, he said.

Tree limbs had fallen across the county due to the storm. On Tuesday morning, First Energy reported that more than 1,000 homes and businesses in the Charles Town and Ranson areas were without power. The utility serves 28,216 customers in the county.

Pierson was reminded of a bad tornado that came through Ranson in 2008 and was glad it wasn’t a repeat of that situation.

“We are very fortunate that it wasn’t worse.”

Aside from the structures at UFP Ranson that were blown down, nearby, at the corner of Robelei and Mildred Street, part of a tractor-trailer was blown into the street and had to be removed.

“Traffic was blocked last night before they were able to move it,” Pierson said. “When you look at the damage, you can follow the line the storm took.”

The house next to the trailer had extensive damage.

Huge runs of plastic drainage pipe for the Fairfax Boulevard connection were blown into the roads.

“Crews were out moving the pipe out of the road at 10 o’clock last night,” Pierson said.

Through some of the neighborhoods, stop signs were blown down, fences were knocked down and the storm damaged siding on some of the houses. Occasionally, indiscriminate pieces of mangled sheet metal could be seen in odd places.

Pierson said that he and the City manager, Tony Grant, were on hand last night to lend support wherever needed.

“When something like this happens, it’s good for people to know that we’re here,” Pierson said. “We’re going to be picking up brush this morning and if anyone needs anything, call the Ranson City Hall. We’ll be around to help.”