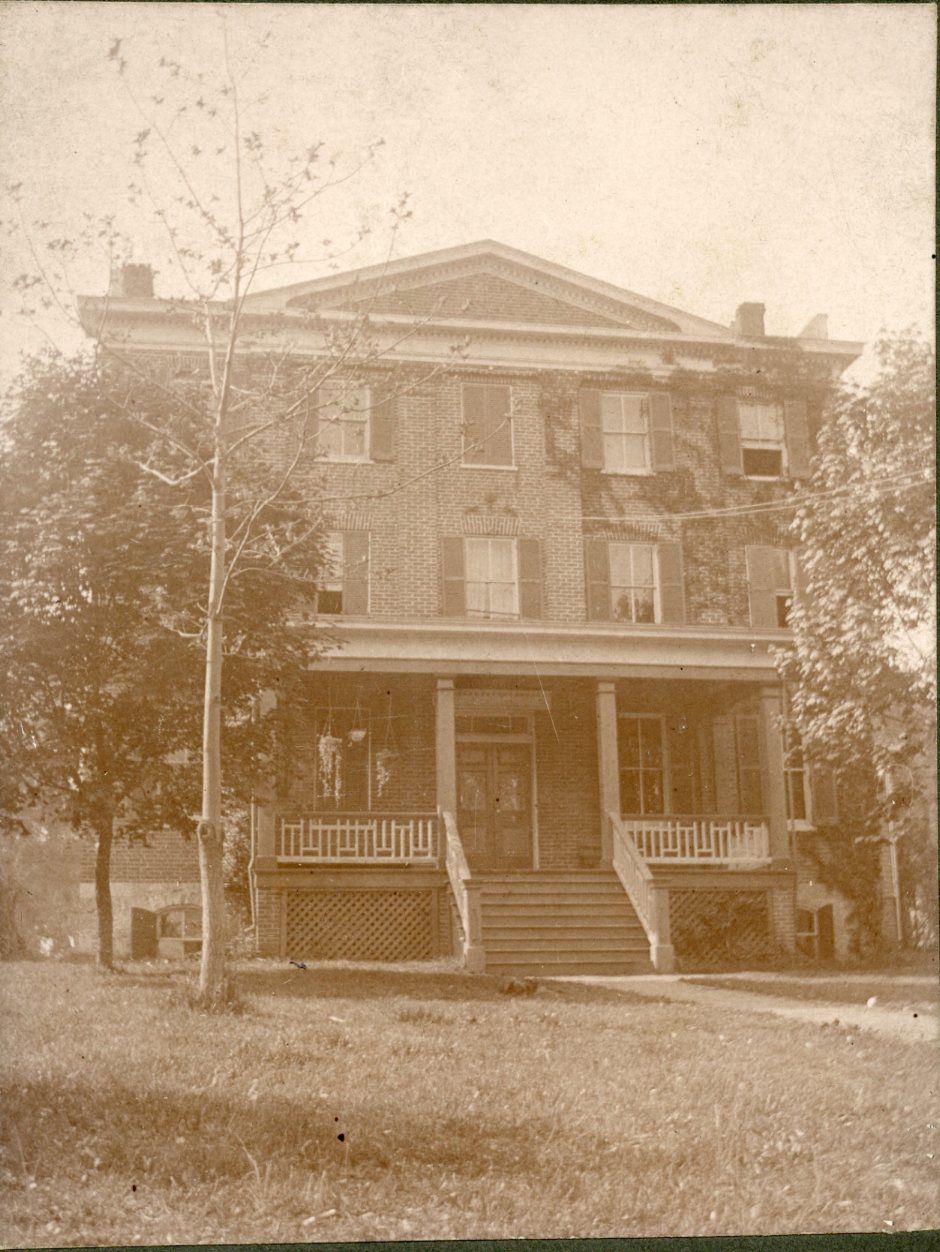 The Stephenson Female Seminary opened in 1883 at 515 E. Washington St. in Charles Town. 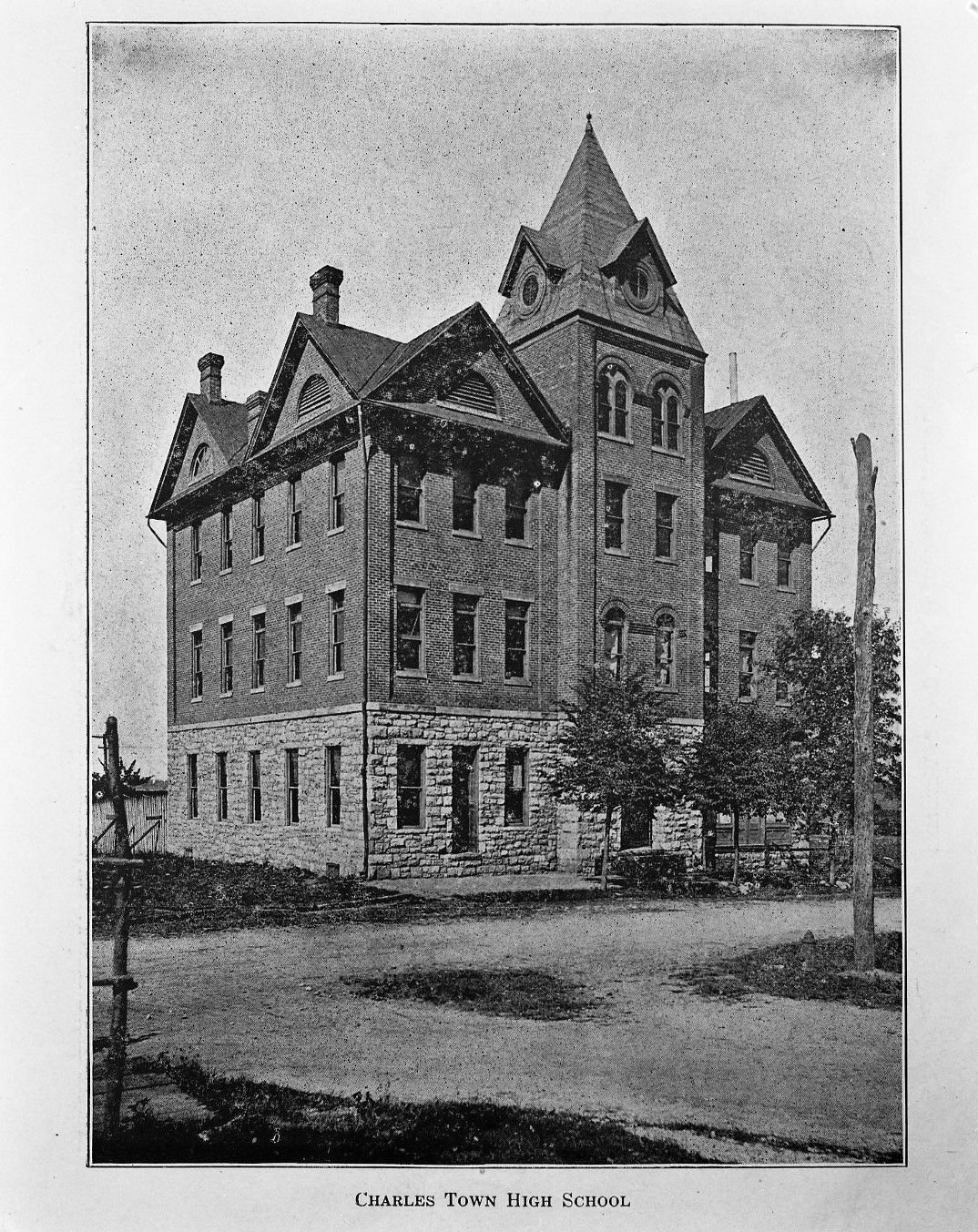 The Charles Town Graded and High School operated from 1893 to 1912 in the present-day Ranson City Hall. 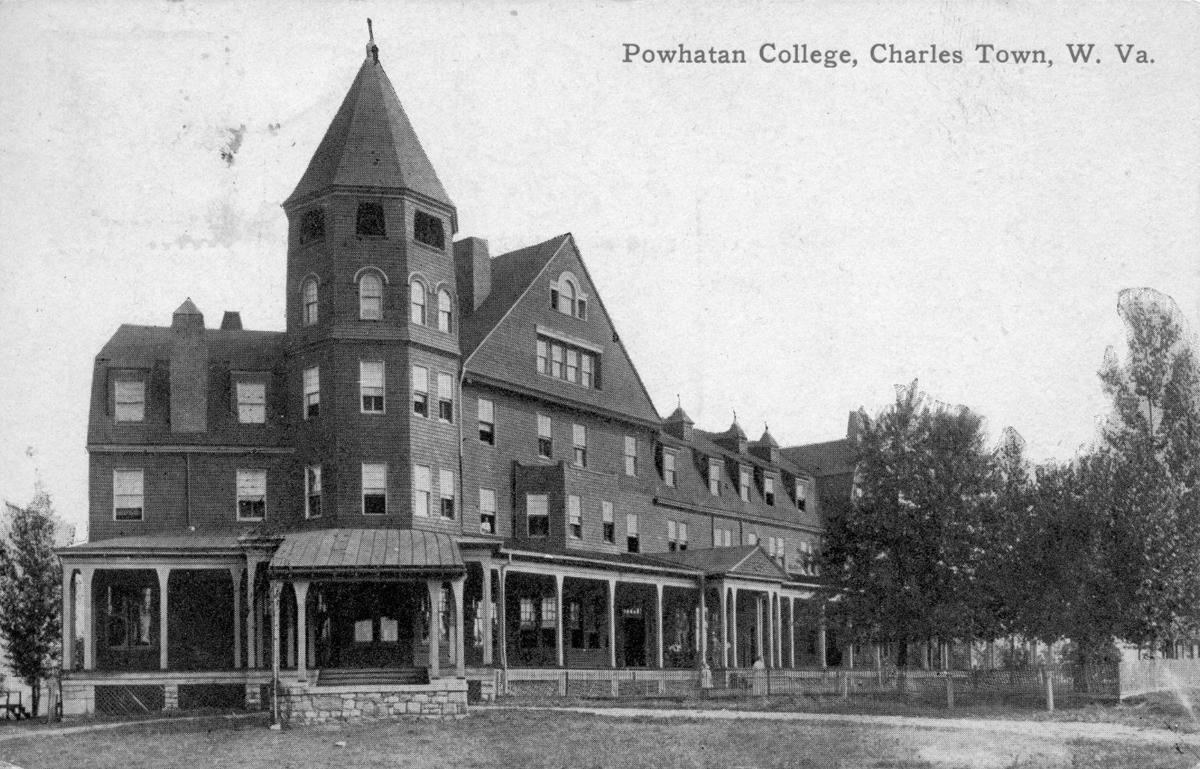 The Stephenson Female Seminary opened in 1883 at 515 E. Washington St. in Charles Town.

The Charles Town Graded and High School operated from 1893 to 1912 in the present-day Ranson City Hall.

In the post-Civil War era, Charlestown had at least three women’s academies. In 1882, Mt. Parvo Institute opened at the top of Tater Hill in James Gallaher’s house near present-day 580 W. Liberty St. The Rev. C.N. Campbell rented Gallaher’s property and served as the institute’s first principal.

The Jefferson County Museum does not have either a photograph or sketch of Mt. Parvo Institute. Although Campbell left Mt. Parvo in 1884, the institute continued to operate for a number of years under the tutelage of Belle W. Gallaher and Annie Virginia Wilson.

Campbell left Mt. Parvo because he had become the principal of Stephenson’s Female Seminary. The school, chartered by the state of West Virginia on May 21, 1883, was built on the southeast corner of East Washington Street on the eastern border of Charles Town.

The beautiful three-story brick building was named for local philanthropist John Stephenson who had given the land to be used as a school. Soon after the school opened its doors, the street to the west was renamed Seminary Street.

A second school for women, called Powhatan Female College, opened in 1900. S.P. Hatton from North Carolina purchased the former Powhatan Hotel for $13,000 and started a secondary school for women.

Declining enrollment forced Hatton to cease operation, and in 1915 the former Powhatan building was purchased by the Episcopal Diocese of West Virginia and renamed St. Hilda’s Hall.

In the fall of 1915, Maria Pendleton Duval, previously principal of Stuart Hall School in Staunton, Va., was appointed to lead St. Hilda’s. For the next two decades, women from the mid-Atlantic States made their way to St. Hilda’s Hall.

Amid the Great Depression, St. Hilda’s closed its doors in 1937 and the grand building was leveled by fire that December. Following World War II, the community purchased the old hotel and college grounds and Charles Town General Hospital was built on the site. It opened in 1948.

As the student population in Charles Town increased, the school board scouted for more room. They settled on the former office building of the Charlestown Mining, Manufacturing, and Improvement Company located north of Charles Town and directly across North Mildred Street from the Powhatan Hotel.

The board was criticized for placing the school “on the wrong side of the railroad, and probably ninety-nine hundredths of the children will have to cross the tracks going to and from it [the school].”

Criticism aside, the school opened in the fall of 1893 under the leadership of the legendary educator Wright Denny. Denny had been recruited to head up the Charlestown Academy in 1892, but had been lured away to become principal of Charlestown Graded and High School.

Denny was responsible for instituting the graded system of education in Jefferson County that required students to complete an established curriculum to advance to the next grade. The natural progression was to add a grade each year so that by the time the Charlestown Graded and High School moved in 1912, the new building housed grades one through 12.

The 20th century brought significant changes to education not only in Charles Town but also in Jefferson County as the state went away from management by local school districts to a countywide board of education.

The obvious result was construction of new schools, but that is a story for another time.

– Doug Perks is the historian at