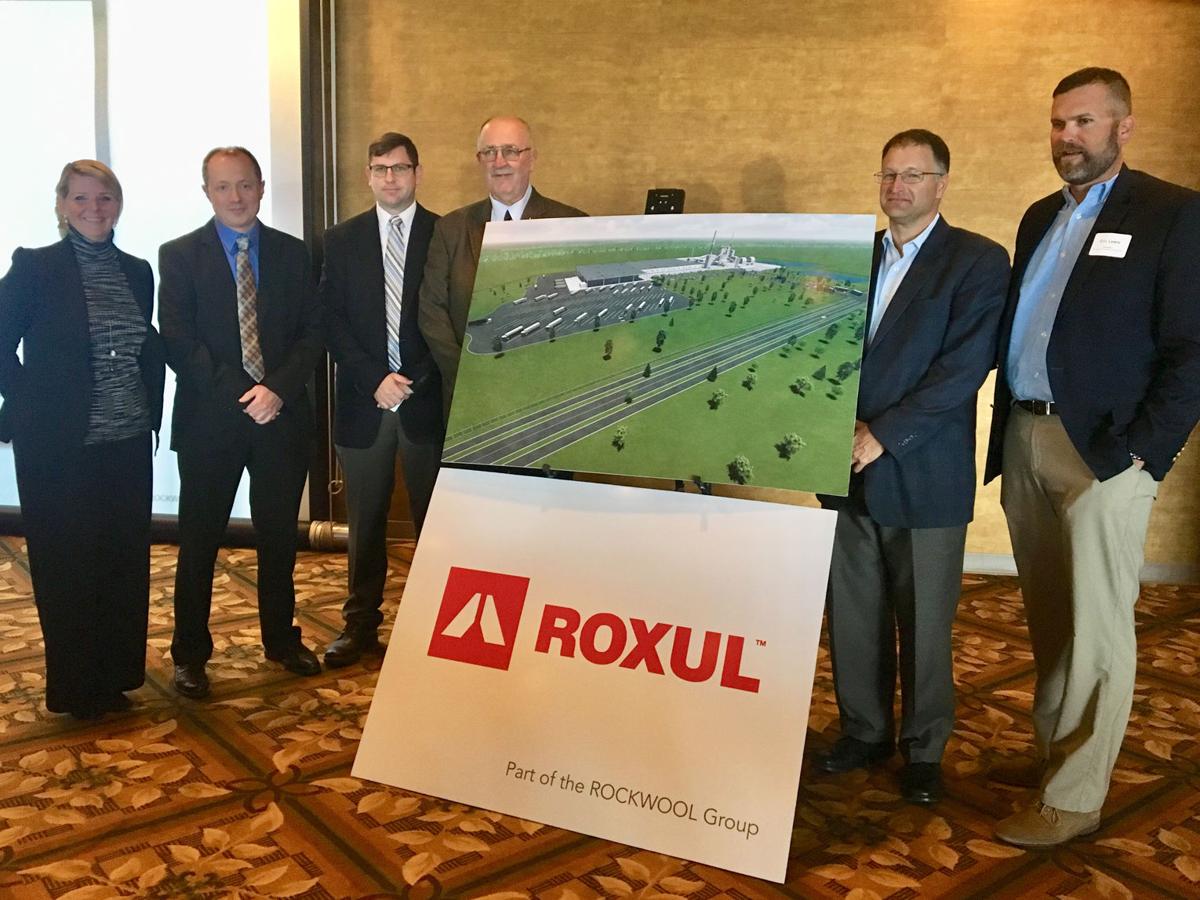 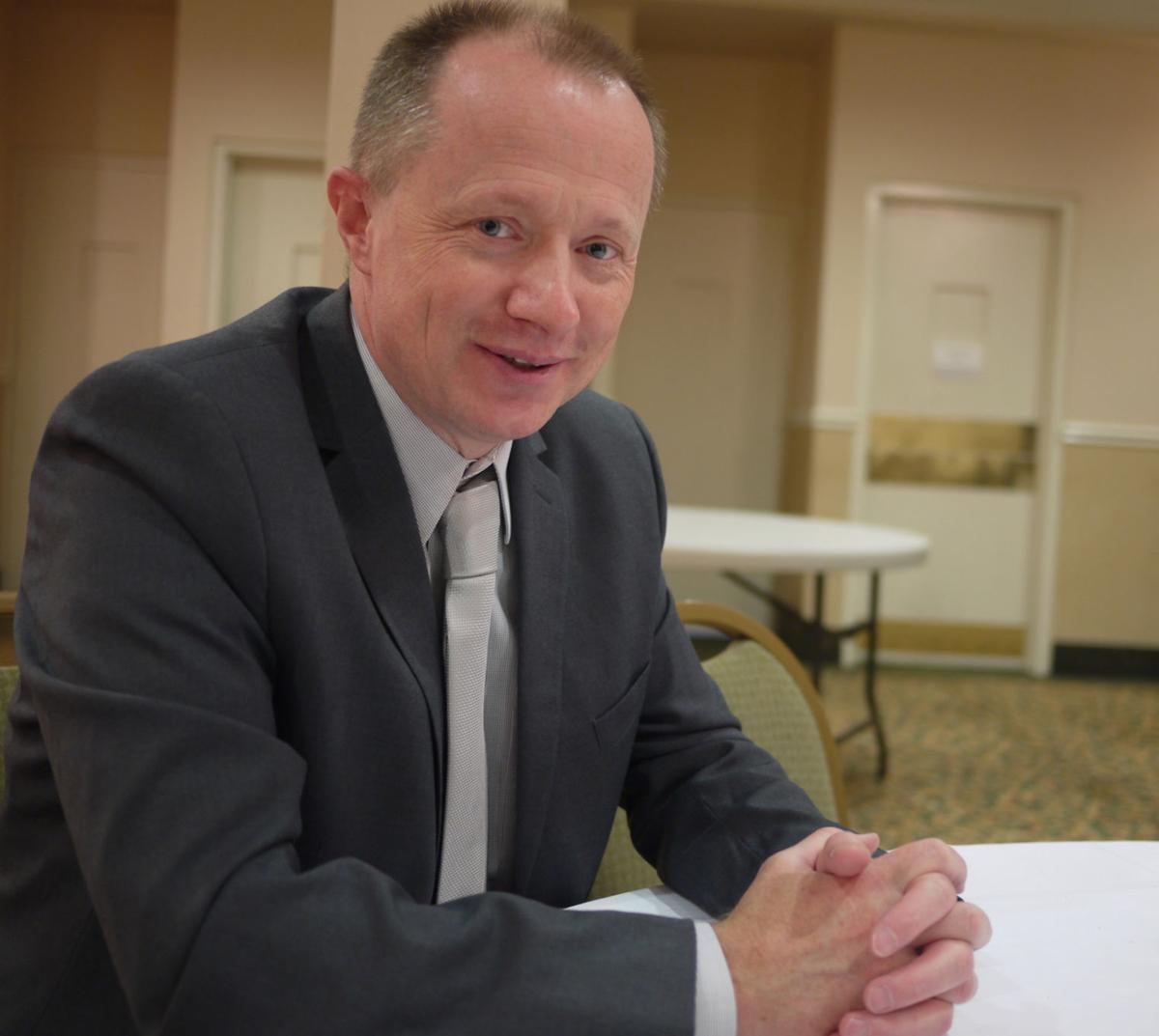 Peter Regenberg, the vice president of U.S. Operations for Roxul USA Inc. said about 150 new jobs will be created as part of the company’s $150 million expansion into Jefferson County. The facility is expected to begin operating in early 2020.

Peter Regenberg, the vice president of U.S. Operations for Roxul USA Inc. said about 150 new jobs will be created as part of the company’s $150 million expansion into Jefferson County. The facility is expected to begin operating in early 2020.

RANSON – When one of the world’s leading insulation manufacturers set out to expand its presence in North America, the company sent out proposal requests to 500 communities throughout the U.S. before selecting Jefferson County from among a list of 20 places.

Peter Regenberg, a vice president of U.S. operations for Roxul USA Inc., said the county’s work force, its available land and proximity to major metropolitan areas along the northeastern seaboard gave it the edge.

Regenberg said site work preparation is already being done where the company plans to construct only its fourth manufacturing facility in North America, a $150-million, 460,000-square-foot factory on 130 acres at the former site of Jefferson Orchards in Ranson.

Regenberg offered up a presentation of the company’s plans last week during back-to-back meetings over two days with the Jefferson County Chamber of Commerce and area elected leaders.

The move by the 80-year-old Denmark-based manufacturer to expand its operations coincides with a re-naming of the Roxul brand name to Rockwool, the name it is known by in Europe.

Roxul communications manager Leslie McLaren said the name change was part of an effort to lend name recognition to the international brand.

“Roxul has always been part of Rockwool … but with the investment and the scope of the global community it makes sense to operate under one unified name,” said McLaren, who joined Regenberg for the two-day presentation by the company last week.

The West Virginia plant will be only the company’s second big foray into the United States. Currently, Roxul has three stone wool facilities in North America – two in Canada and a Mississippi site that opened in 2014.

Rockwool operates facilities in 38 countries throughout Europe and Asia and employs about 10,800 workers, with the company earning about $2.3 billion in sales worldwide. Regenberg said the company located its first facility in Canada in 1988, as part of a move to situate itself into a smaller North American market before expanding into the U.S.

The Ranson plant will make insulation for homes and residences for the company’s growing northeastern market, Regenberg said. “We are locating our production capacity where people live or are at least close,” he said. “We want to be close to our customers.”

Regenberg said the facility is scheduled to open in early 2020 and the company expects to hire 150 employees for the plant, about 30 of them managers and supervisors.

He said the company will begin hiring five to 10 salaried employees early in 2018 and will host job fairs for hourly workers starting in 2019. The company has already set up an off-site headquarters in Bardane to prepare for construction of the site, Regenberg said.

He said the company is not planning to import its work force to the new facility.

“There are a lot of opportunities for the local community. We are counting on local work force development,” said Regenberg, who said the company will require new hires to undergo extensive training at its other facilities, either in Mississippi, Canada or Europe.

He said training is intensive because the company has developed its own processes and manufactured its own machinery for melting mined basalt rock and recycled slag metal into molten lava before cooling it into fibrous material.

“A lot of the production equipment is proprietary,” he said. “We don’t buy machines like all of our competitors from external suppliers that are generic machines. We have engineered and manufactured our own production equipment and that is what makes us one of the biggest companies in the world doing what we are doing.”

Besides insulation, Rockwool also manufactures a host of other products for residences and commercial buildings, including ceiling tiles, interior wall sound-dampening panels and mats for reducing vibrations.

“We’ve started that work just now and it usually take a year and a half for us to find that right rock. The chemistry has to be very specific,” Regenberg said.